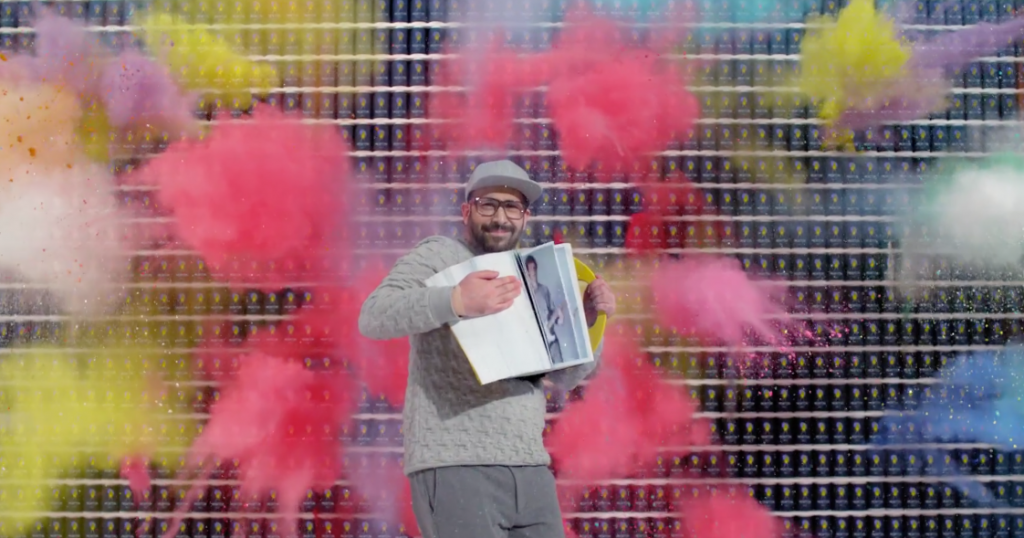 Just before Thanksgiving, OK Go released via Facebook their newest music video, a stunningly-intricate 4.2 second clip slowed down and synchronized to their 2014 song “The One Moment.”

Since Wednesday’s release, publications like Ad Age and Adweek have covered the video with specific focus on Morton Salt’s role as a patron. This concept relates to what a Forbes contributor recently documented as a rise of native advertising in the music business.

While native music advertising and brand patronage differ in tactical execution, together they demonstrate a greater trend of brands supporting music artists, which is what we’re all about.

With that said, this part of the video - the brand patronage - wasn’t exactly new to us.

What was new to us? Well, watch the video and we’ll get there.

As mentioned previously, the video served a dual-purpose, promoting the creative concept behind the song in conjunction with an uplifting advertising campaign from Morton Salt titled “Walk Her Walk.” Here are the two messages:

Brands looking to advertise using music should take note of how Morton Salt communicated a message without interrupting or interfering with OK Go’s artistic vision.

In August 2016, eMarketer reported that 71.2% of social influencers identified authenticity as the key to keeping their audiences engaged.

With music being a primary passion point for consumers, that percentage only increases.

OK - here’s what we found particularly interesting. Beyond the trend of increased brand patronage of music, the most noteworthy takeaway for advertisers from the new OK Go video is... the inverted method of its distribution.

This is noteworthy because OK Go’s treadmill video remains one of the most well-known videos from the era of Early YouTube. Kulash explained this evolved mindset to the International Business Times in February:

“What feels a little different about Facebook is it's more geared toward sharing directly,” Kulash said. “10 years ago, something on YouTube mostly got shared as links. And now people are sharing things in a different way.”

So does this distribution model mean YouTube is growing obsolete in today’s video landscape? Not necessarily, as the band did publish their new video on YouTube a day after its Facebook release.

However, the rise of Facebook video has been well-documented all year, building more when, according to Business Insider, a Facebook exec suggested in June that the future newsfeed may be “all-video.”

What OK Go’s straight-to-Facebook music video does signify is YouTube’s previous stronghold on video, specifically as it pertains to music, is under siege.

As marketers know all too well, where content gets consumed impacts how consumers process and act on messages. For Kulash and Morton Salt, the medium of Facebook encouraged consumers to share the video, rather than simply “view” it.

This, at some level, allowed consumers who shared OK Go’s new video to communicate to their own audiences:

Here’s a final question to ponder - instead of describing the process and meaning behind the music video in distinguished publications like The Rolling Stone, Billboard, MTV, or other media companies, OK Go instead published a self-conducted interview on their own website.

What’s the message there? Well, with the right story, neither brands nor artists need to rely on gatekeepers to be heard.

DISCLAIMER: We worked with Dr Pepper and OK Go in the Summer of 2015: