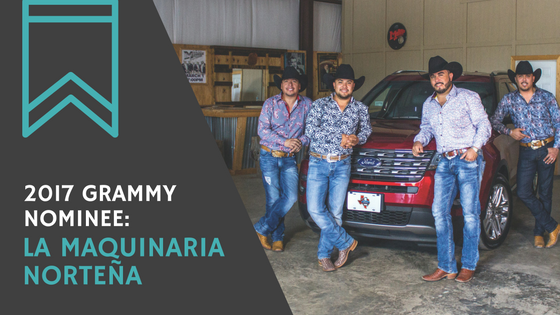 La Maquinaria Norteña, a Regional Mexican band based out of Dallas, earned a 2017 Grammy nomination for their album Generación Maquinaria Est. 2006.

The song was promoted heavily through a brand partnership with Texas Ford Dealers. In addition to promotion across radio/streaming and social, the partnership included a video about the group’s story alongside a live performance of "Todo Es Diferente":

On behalf of everyone at MAX, I would like to congratulate La Maquinaria Norteña on this outstanding, well-deserved success. We will be watching closely on Sunday, February 12.

Listen to Generación Maquinaria Est. 2006. below:

In partnership with Giant Spoon and MAX, GRAMMY Award winning artist Lizzo is promoting her groundbreaking Yitty shapewear during her concert tour,...