The Music That Unites Us 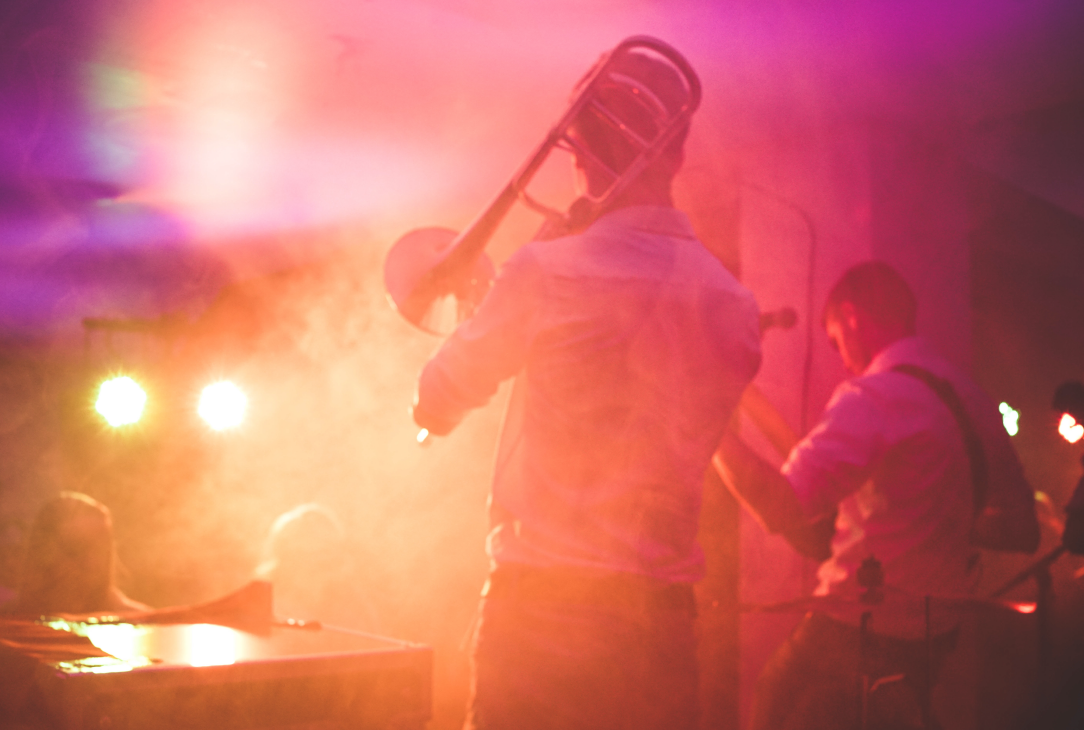 The conventional wisdom is that we’re a divided society. We are red or blue states; boomers, Xers, or millennials; early adopters or luddites. The list is endless, and you might think we’re so divided that we couldn’t possibly share the same space, let alone the same country. Of course, anyone who has ever been to a concert knows to take those claims with a big grain of salt.

Concerts are communal focal points, where strangers gather because they share a powerful bond. Yes, they like the same music, but the bond is actually much deeper. We sing along to share common emotions. We move to the same beat. We buy t-shirts and souvenirs of the band we love, but what we’re really doing is participating in one of the civilization’s oldest rituals—forging community through music. In fact, archaeologists have found flutes made from bird bones and mammoth ivory that date back 42,000 years, making music an essential building block of the community almost from the very beginning.

Today’s communal bonds are more powerful than ever before, thanks to the digital revolution. Online playlists connect tens of millions of people into a tapestry of overlapping communities, where the viral energy of fandom is no longer confined by time or geographic location. And while the language of marketing, with its emphasis on segmentation, might lead you to believe that the fault lines of division are the defining feature of our society, music tells a different story. Indeed, we are more unified than we think, and, as has been the case for tens of thousands of years, people are using music as the connective tissue through which we are redefining the meaning of community in a digital world.

Music has always been a cultural unifier

The history of music is the history of cross-cultural connection. Music critic Chuck Klosterman put his finger on that phenomenon in 2002 when he wrote about the surprising affection Latino youth feel for Morrissey. As one Latina Morrissey fan told Klosterman, “The music our parents played when we were growing up was always about love and emotion, and it’s the same thing with Morrissey.”

Expanding the idea of music as the cross-cultural bonding agent, Momofuku founder, and foodie icon, David Chang observed that a “set of underlying laws” operate as universal culinary truths that he likened to the chord structures which link nearly all of humanity’s musical traditions. “Different cultures may use different media to express those base patterns—with different ingredients,” Chang wrote in an essay for Wired that explained, among other things, the origins of a spaghetti bolognese made entirely with Korean ingredients. “But they are, at heart, doing the exact same thing. They are fundamentally playing the same music.”

I can’t cook like Chang and I’m not a music critic like Klosterman, but I can relate to these universal truths, as I’m sure you can. I come from a family of working musicians. My parents are Cuban and Romanian. I grew up all over New York, Las Vegas, Telluride. My family bought our music with us wherever we went, and at each stop, I discovered that the music I love is both a strong part of my identity and in some ways, a collection of the communities I’ve been part of. I’m not an accordion or fiddle diehard, for example, but those sounds are fundamental to the Cajun and Zydeco songs that are woven into my identity. For similar reasons, Mutemath, an alt-rock band from New Orleans, as well as the Southern rock renaissance more broadly, connects me with another multicultural community that helped shape my identity--my Louisiana high school.

Not that we should be surprised by music’s ability to connect different kinds of people. German polka music had a big influence on Mexican mariachi. Rock & roll draws on the blues, folk music and country & western. Hip-hop was built on a foundation of sampling from a wide range of genres, and today it’s a global phenomenon that transcends race, gender, and age. Put simply, while all music originates from a specific community, any music can transcend the supposed barriers of division—a fact that only becomes more powerful as the digital disruption shrinks the globe and accelerates our capacity for cultural exchange.

Today, music discovery happens at the grassroots. Here again, Morrissey provides a useful example. The melancholy English rocker rose to fame in the 1980s, when the music industry was dominated by a top-down model that denied fans the ability to drive discovery. As a consequence, Morrissey’s earliest fans looked like Morrissey, not because his music spoke exclusive to white audiences, but because the assumptions of that era never allowed for the possibility that an English musician might resonate with Latinos. Decades later, as the digital disruption was destroying the legacy model for music distribution, Latino youth “discovered” Morrissey on their own, thanks in part to file-sharing, or what we might today call an early beta test for the power of social media.

One consequence of the shift to a grassroots model where social connections drive discoverability is an increased role for data analysis. Obviously, this is as true in music as it is in marketing or any other field. In the same way that subscription platforms use data to personalize discovery that same data can identify community connections that have up until recently been hidden by the assumptions of an analog era. For example, it may surprise you to learn that 20 percent of Canadian music listeners consider themselves fans of country music, according to Nielsen data. Meanwhile, according to Spotify data, Korean boy bands are becoming increasingly popular with audiences in Mexico. The more data we collect on music consumption, the more counterintuitive cross-cultural connections we’re going to find.

Musical connections are incredibly powerful, but marketers must rethink their game plan

Couples have "our song." Schools have fight songs. Movie heroes have theme music. Marketers have long understood the emotional power of music; they are experts at aligning a brand with a big star to achieve scale. But as technology changes the way we see a community, marketers need to rethink the way they approach music .

Instead of aligning their brands with the biggest acts in an effort to achieve scale, marketers need to think in terms of leveraging audience data to identify opportunities for authentic connections with fan communities. In other words, marketers must take to heart the idea that music is a unifying force. By providing artists with resources and expertise to grow their fan base, marketers are engaging in community building. At the same time, brands are also giving fans the opportunity to discover new music. No wonder nearly half of all music fans told Nielsen they take a favorable view of such brand-artist partnerships. As brands continue to increase investments that drive music discoverability and facilitate community through live events, they’ll add new layers of data-driven precision and insights to the age-old truth that music brings us together.