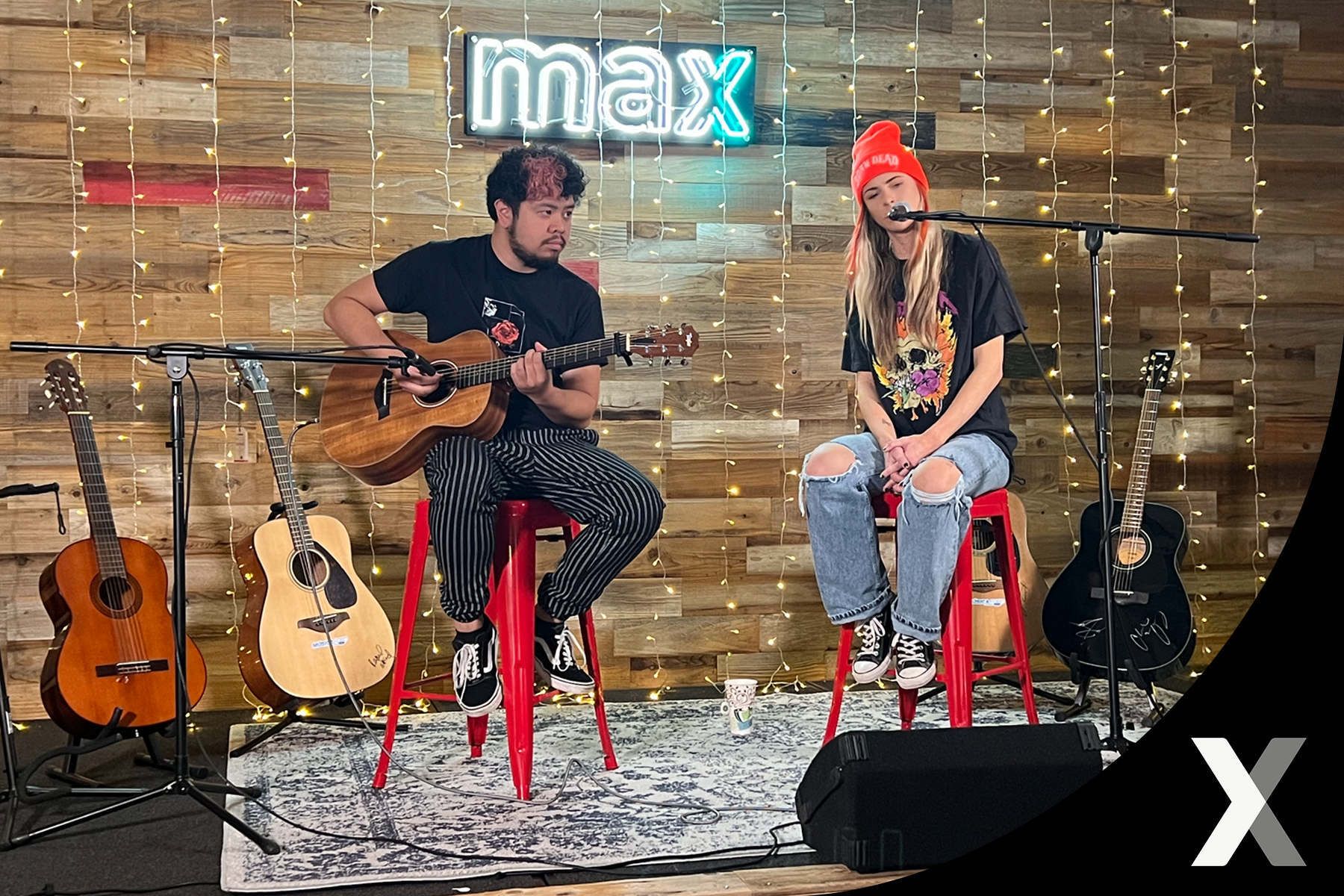 Joining us for our big return is pop punk singer/songwriter Taylor Acorn, who has made time in the middle of her busy touring schedule (her FIRST EVER national tour!) to treat us with an exclusive private concert and interview on our MAX HQ stage. 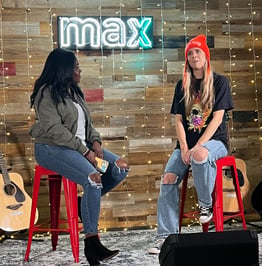 Shari Samuels, MAX Senior Director, Client Partnerships, led the interview, talking with Taylor Acorn about her career, her musical inspirations, and what it’s like being on her very first national tour opening for Real Friends. Keep reading to learn more about Taylor Acorn and see a few quotes from her interview or watch the video below to see the full interview and concert, including her very first time performing an acoustic version of her song “Shapeshifting.”

It’s Not a Phase, Mom

“I grew up going to Warped Tour, Paramore is one of my favorite bands, Mayday Parade is my favorite band . . .  and now I’m here and I’m a punk artist and it’s just really cool!” 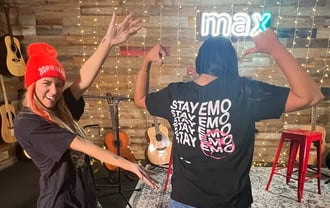 For Taylor Acorn it was never a phase. Growing up during the early 90’s & 2000’s pop punk / pop rock scene in the small North Central Pennsylvania town of Wellsboro, Taylor always dreamed of a career in music. In 2014, she dropped out of Kutztown University to pursue that dream, setting her sights on Nashville.

She first left her mark in the country music world with her single “Put It In a Song,” followed up by an EP she wrote solely on her own, which garnered nearly 50 million streams.

“When Covid hit, I was kind of confused and didn’t really know if country was the genre that I wanted to stay in.”

However, she never felt at home creating country music and in the middle of the 2020 pandemic, went back to her pop punk roots with her viral TikTok cover of “Jamie All Over,” catching the attention of elder emo fans, including Mayday Parade themselves.

Back on the Scene

Since then, Taylor Acorn has gained the attention of many emo / pop punk bands with her newly imagined versions of their songs. Covers aren’t the only things that have been grabbing the attention of fans, though. With her infectiously relatable releases, like “Do That Again,” “In My Head,” and “Shapeshifting,”

Taylor is leaving her own mark on the pop punk scene while giving her fans a place to feel safe and to feel heard, tackling tough subjects such as mental health by sharing her own personal struggles. She wants to give fans a space where they can feel free and vulnerable, where healing is accepted no matter who you are or where you’ve come from.

“For the last two years, I’ve only really been able to connect with people online, and to be able to see these people now in real life–and they’re my friends, because we built such an amazing relationship . . . it’s very rewarding and it’s so fun.”

About On The Record

On The Record is a live music event series hosted at our MAX HQ in Frisco, Texas. Designed to highlight talented artists and the great music they make, we bring artists to the MAX stage to share new music and talk about their careers, songs, and influences.