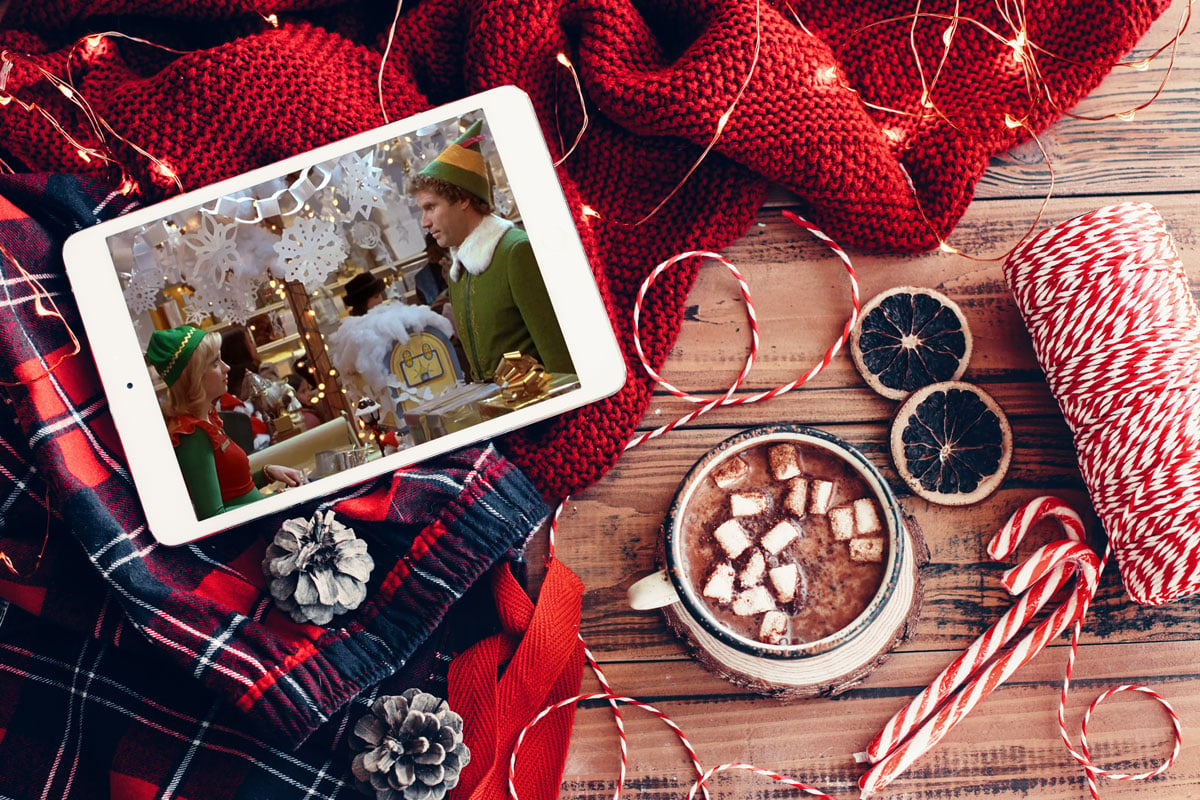 When it comes to holiday traditions, nothing beats curling up with a hot cup of cocoa, a giant pile of treats, and a great holiday movie. Of course, we’re all about the movie soundtracks around here, so we gathered up a list of our favorite holiday movies with the best soundtracks . . . so grab a hot, sugary beverage and a couple of gold-foil-wrapped pears and get ready for some comfort and joy! 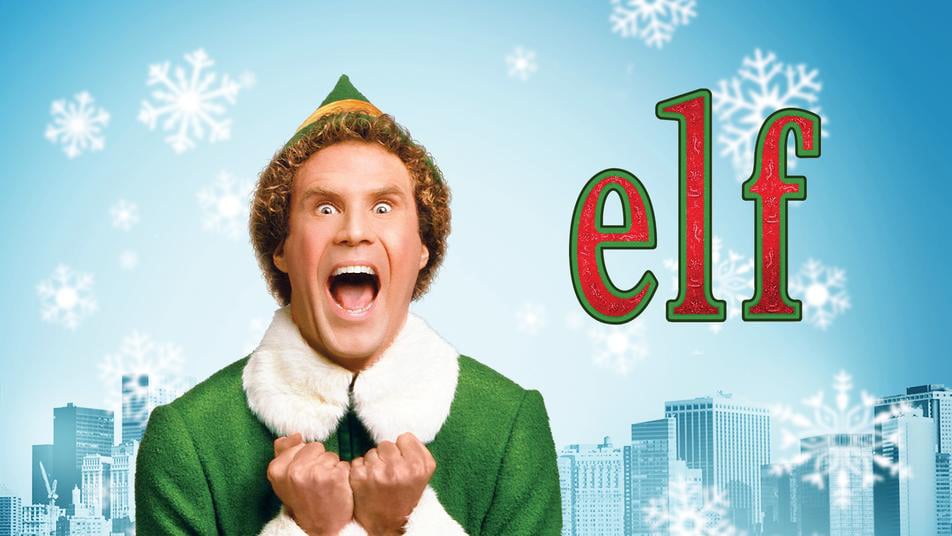 It’s hard to believe this beloved Will Ferrel and Zooey Deschanel Christmas comedy is only 18 years old! The wholesome movie follows Buddy the Elf as he leaves the North Pole and heads to NYC in search of his biological father, creating chaos and spreading joy along the way.

Featuring a long list of holiday staples, Elf also showcases Zooey Deschanel wispily crooning “Baby it’s Cold Outside” and Tag Team’s 1993 hit “Whoomp! (There It Is)” for some reason? If you spend any time on TikTok, you’ve probably seen the resurgence of Louis Prima’s “Pennies from Heaven,” which also features in Elf. The story alone is enough reason to love it, but the soundtrack for Elf helped make it an instant classic and one of our favorite Christmas music movies.

How the Grinch Stole Christmas (2000) 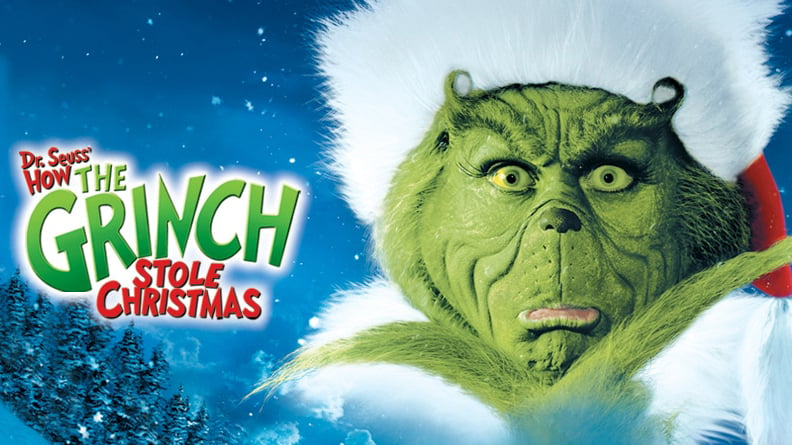 Based on Dr. Seuss' book by the same name, the story of the grumpy, green Grinch had already been made into an animated TV special that has aired on various networks every year since its first broadcast in 1966. It’s always risky to make a new version of something that’s considered a classic, but Jim Carrey’s performance in the 2000 live-action version (along with spectacular costuming, makeup, special effects, and storytelling) made How the Grinch Stole Christmas one of the highest grossing holiday films of all time.

The original 1966 animated tv special only featured three songs with lyrics, one of which ended up in the Jim Carrey live-action movie (“You’re a Mean One, Mr Grinch”). The Grinch soundtrack includes songs performed by Jim Carrey along with a star-studded lineup of artists, like Faith Hill, Busta Rhymes, Ben Folds, and The Barenaked Ladies (basically, an elder millennial’s dream come true). 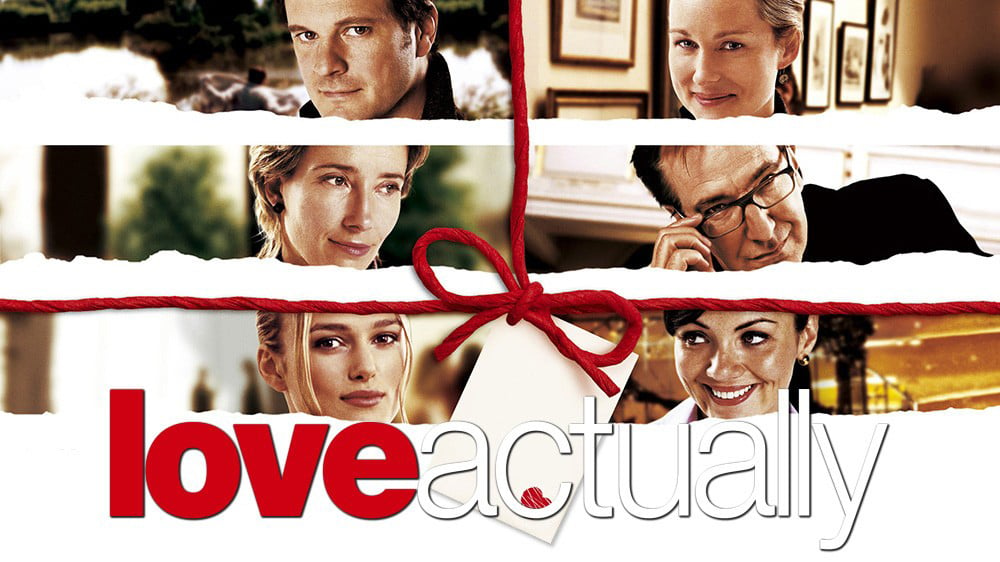 This Christmas-themed romcom follows ten different interwoven storylines and features every British actor who was working in 2003. Love Actually was a smash-hit at the box office and spawned a deluge of holiday-themed romcoms . . . and we’re pretty sure this movie is responsible for the entire December (and now July too?!) Hallmark lineup.

Whether you’re a fan of romcoms or not, the soundtrack for Love Actually is absolutely spectacular. It includes both classic holiday songs and non-holiday songs, some of which are now associated with Christmas because of this movie. Also, the greatest Christmas song of all time, Mariah Carey’s “All I Want For Christmas Is You,” is on this soundtrack, making it a must-listen. 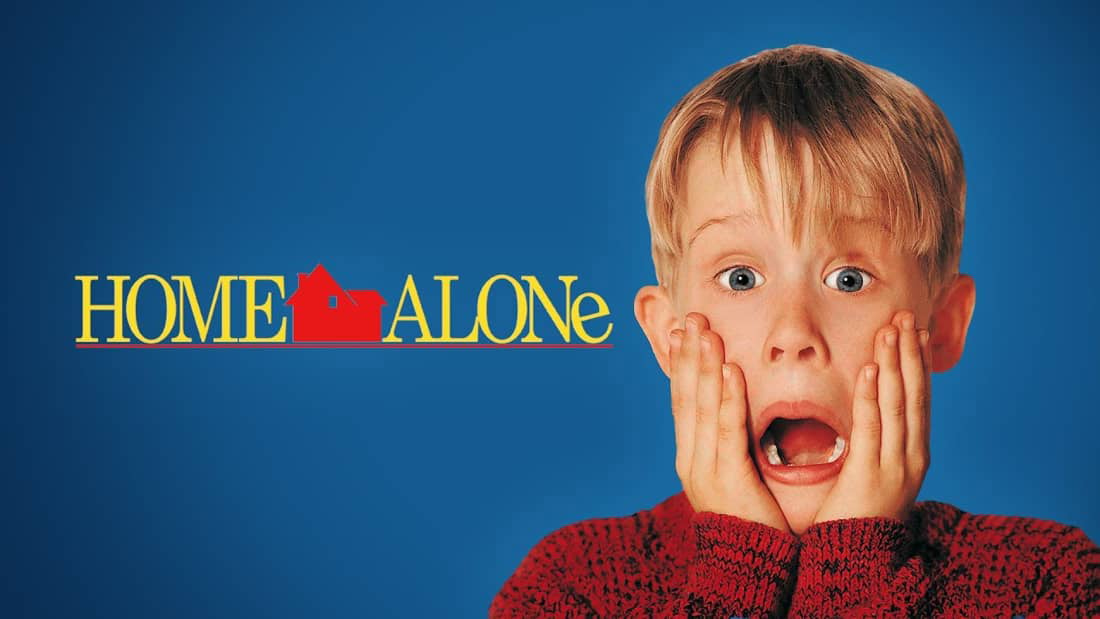 Home Alone catapulted a young Macaulay Culkin to superstardom and featured phenomenal established actors, like Joe Pesci, Daniel Stern, John Heard, and Catherine O'Hara. The plot pits Kevin McCallister against two burglars as he protects his Chicago home after his family accidentally leaves him behind during the holidays.

The instrumental score for Home Alone was written by John Williams. That’s all. That’s it. That’s enough reason for this soundtrack to make our list.

The soundtrack does include a few other holiday classics, but did you see the part about John Williams? John Williams. That is all. 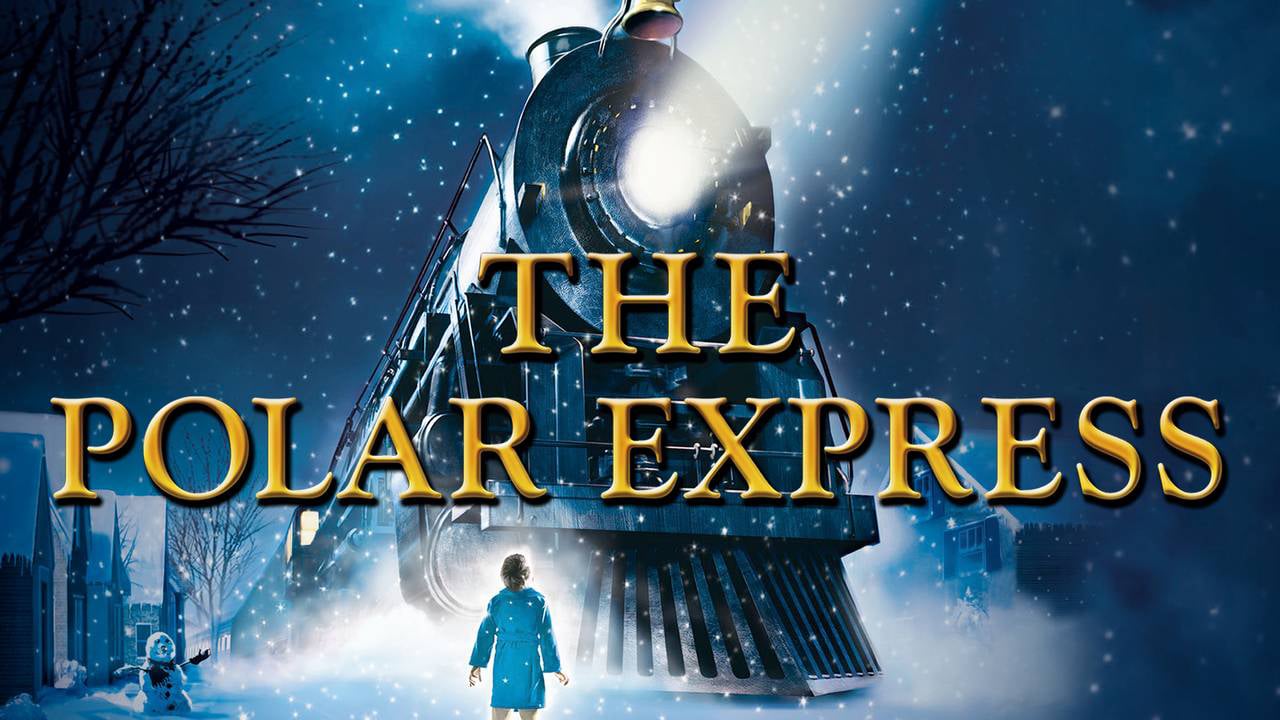 Based on the children’s book of the same name, The Polar Express follows a skeptical boy’s journey to meet Santa at the North Pole aboard a magical train. The film was one of the most ambitious uses of CGI at the time and has inspired real-world train trips across the US, UK, and Canada.

The soundtrack for The Polar Express mostly comprises songs featured in the film, but doesn’t include the incredible orchestral score. To experience that, you’ll have to watch the movie!

The Nightmare Before Christmas (1993) 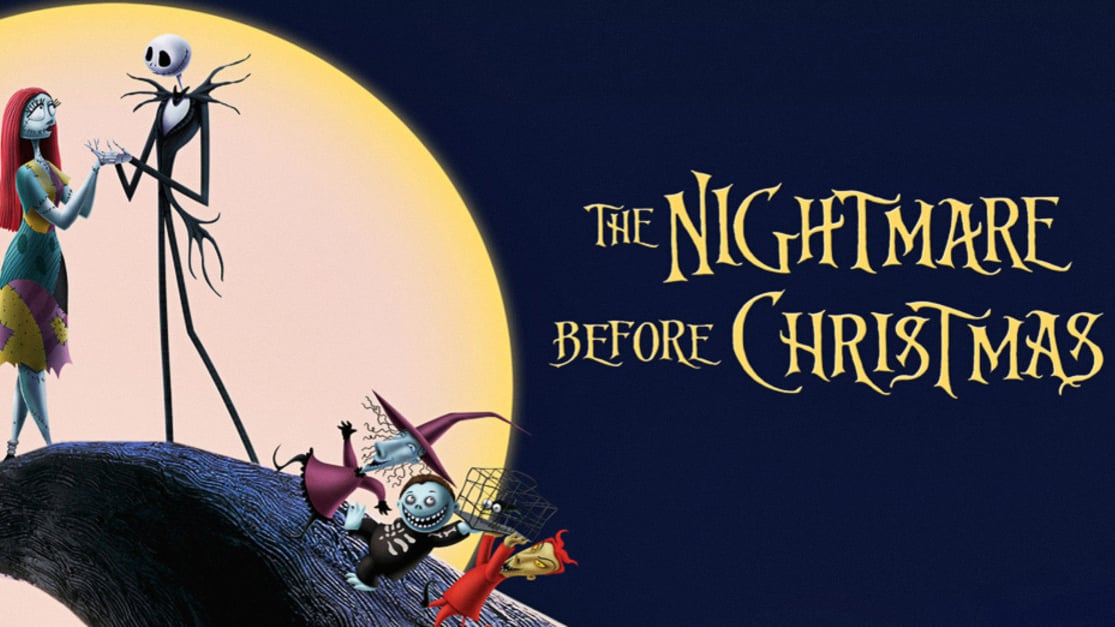 Is it a Halloween movie? Is it a Christmas movie? Will we listen to the soundtrack all year round regardless? Yes, yes, and yes. This stop-motion fever dream become reality is perfect in every way. Dark and uplifting, The Nightmare Before Christmas is the goth Christmas classic we didn’t know we needed until Tim Burton willed it into being.

The music and lyrics for this soundtrack were written by Danny Elfman. Remember everything we said about John Williams? Same applies here.

There are multiple versions of the soundtrack: the original, released in 1993; a 2006 re-release, featuring covers by Fall Out Boy, Panic! at the Disco, Fiona Apple, and more; and a cover album called Nightmare Revisited featuring covers from more rock stars than we can fit in this paragraph. Just to be safe, you should probably listen to all of the different versions. And then listen to them again for Halloween. And maybe Arbor Day. 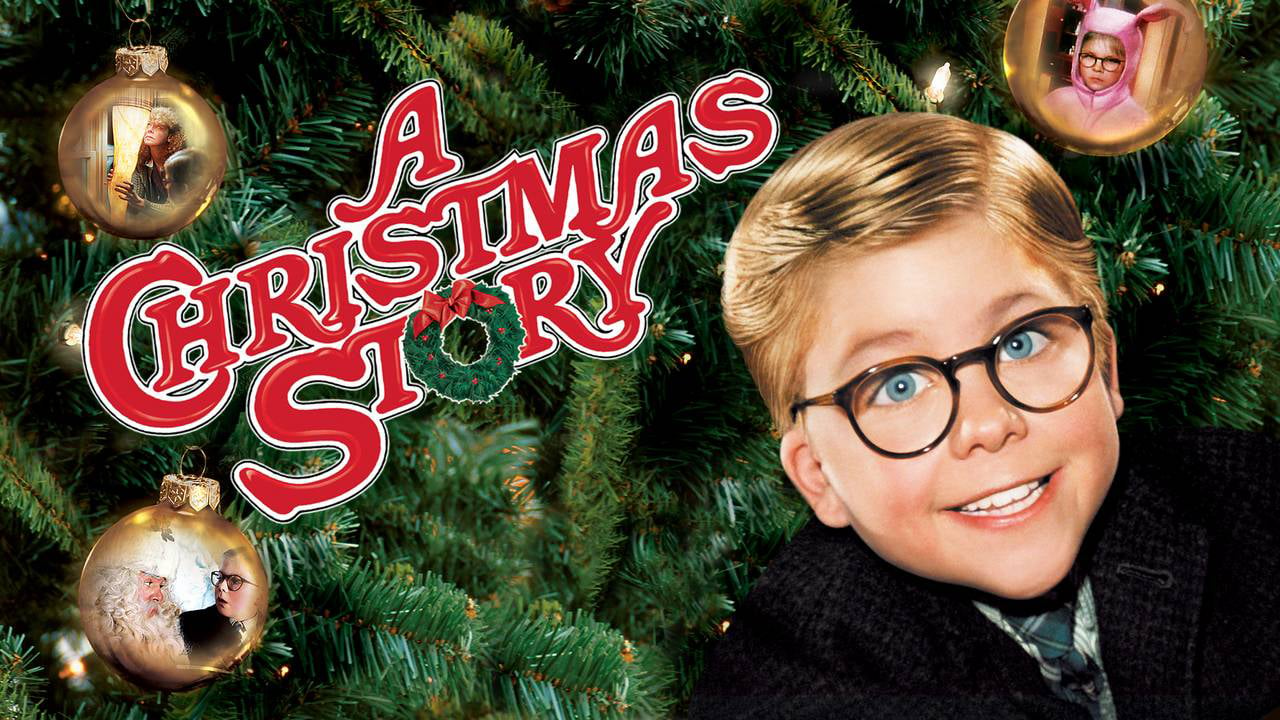 This endlessly quotable movie has become such a part of holiday celebrations that sitting through “24 Hours of A Christmas Story” every year seems perfectly reasonable. The film is composed of a series of vignettes shown through the eyes of young Ralphie and narrated by an adult version of Ralphie as he pines after the only thing he wants for Christmas: an official Red Ryder, carbine action, two-hundred shot range model air rifle.

The orchestral score for this movie blends so seamlessly with the story that you might not have noticed the genius of composers Carl Zittrer & Paul Zaza. Great news though, you’ll have 24 hours to spend appreciating the music coming up soon! The movie also features several classic carols and a spattering of other songs, making this a great sing-along and quote-along movie. 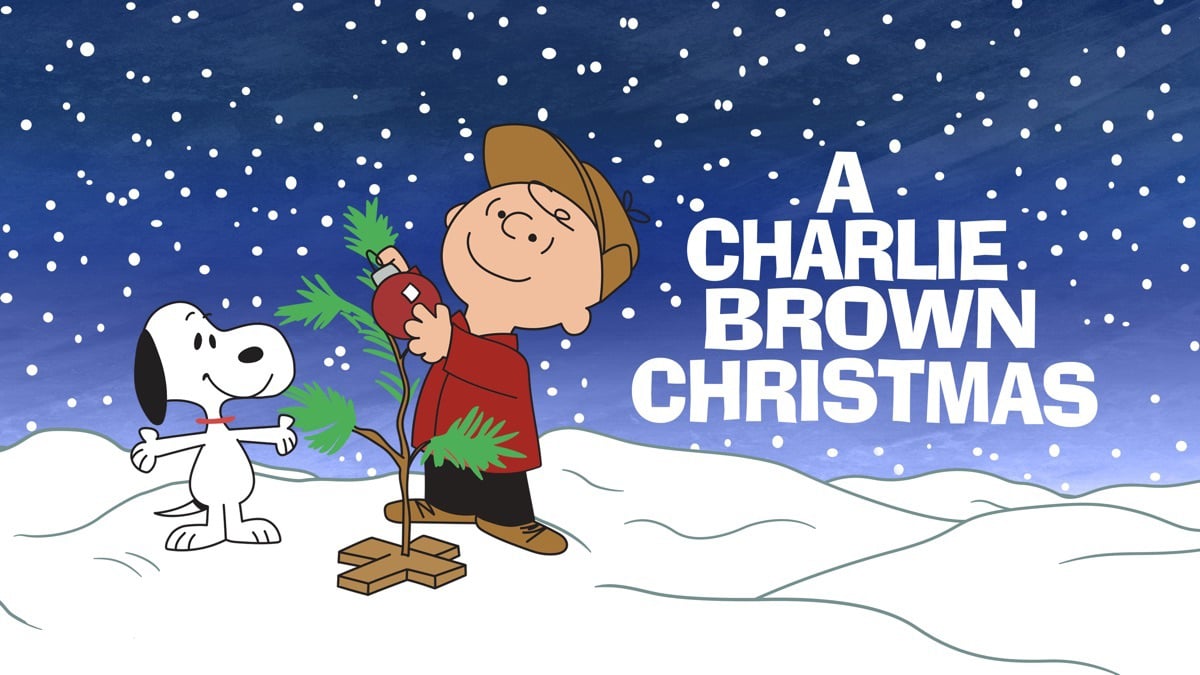 Is it even possible to celebrate Christmas without watching A Charlie Brown Christmas at least seven times? This animated TV special features beloved characters from the Peanuts comic strip by Charles M. Schulz as they quietly rebel against the commercialization of Christmas. 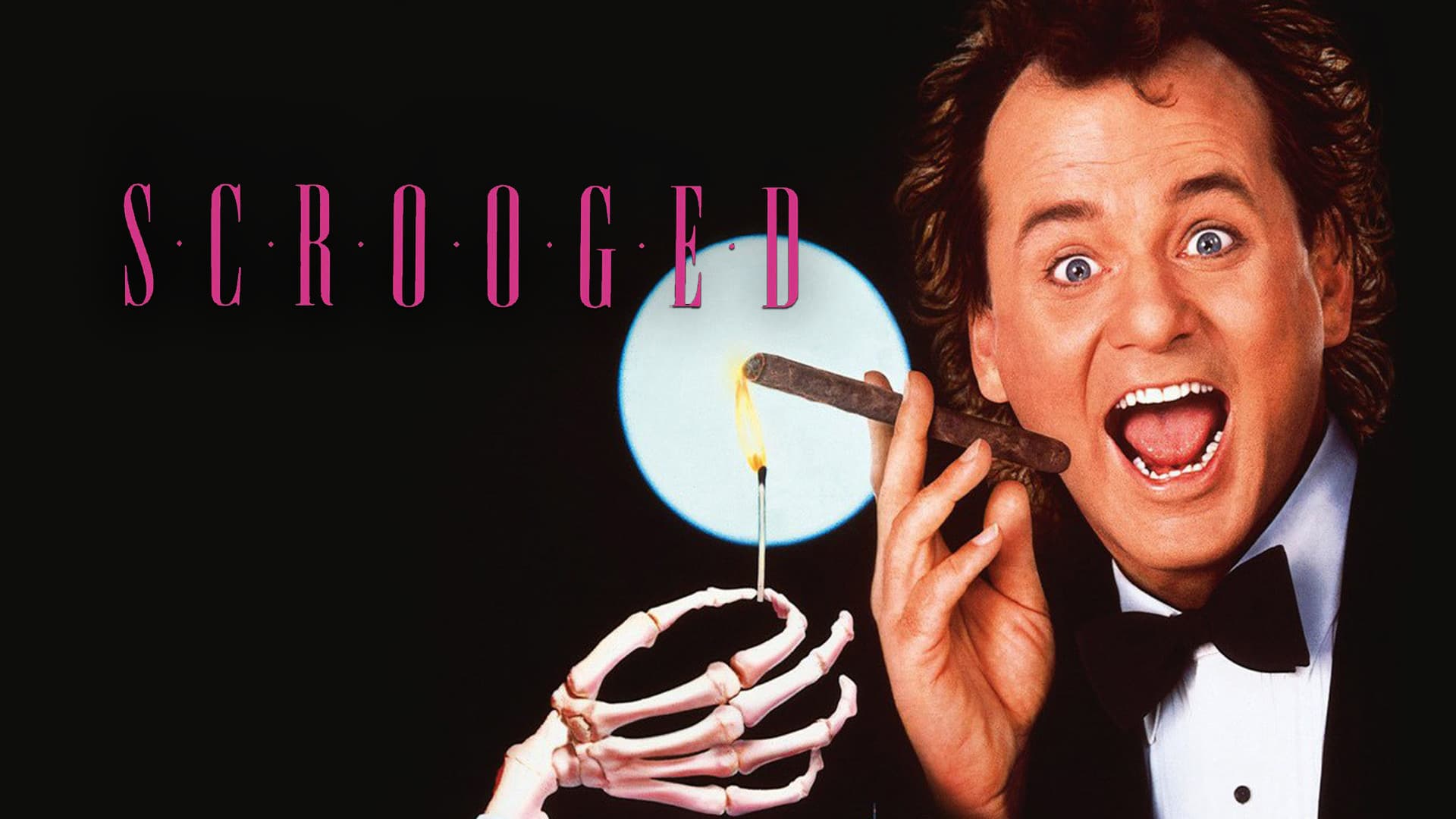 This modern retelling of A Christmas Carol by Charles Dickens follows selfish, cynical Frank Cross as he is visited by three ghosts who try to help him regain his Christmas spirit. Scrooged stars the incomparable Bill Murray and includes a long list of celebrity cameos.

The Scrooged soundtrack is a mix of original material, updates on Christmas classics, and what can best be described as vehemently 80s pop music. The movie (and the soundtrack) are somehow simultaneously classic and zeitgeisty, making this one of our favorite Christmas movies and soundtracks. 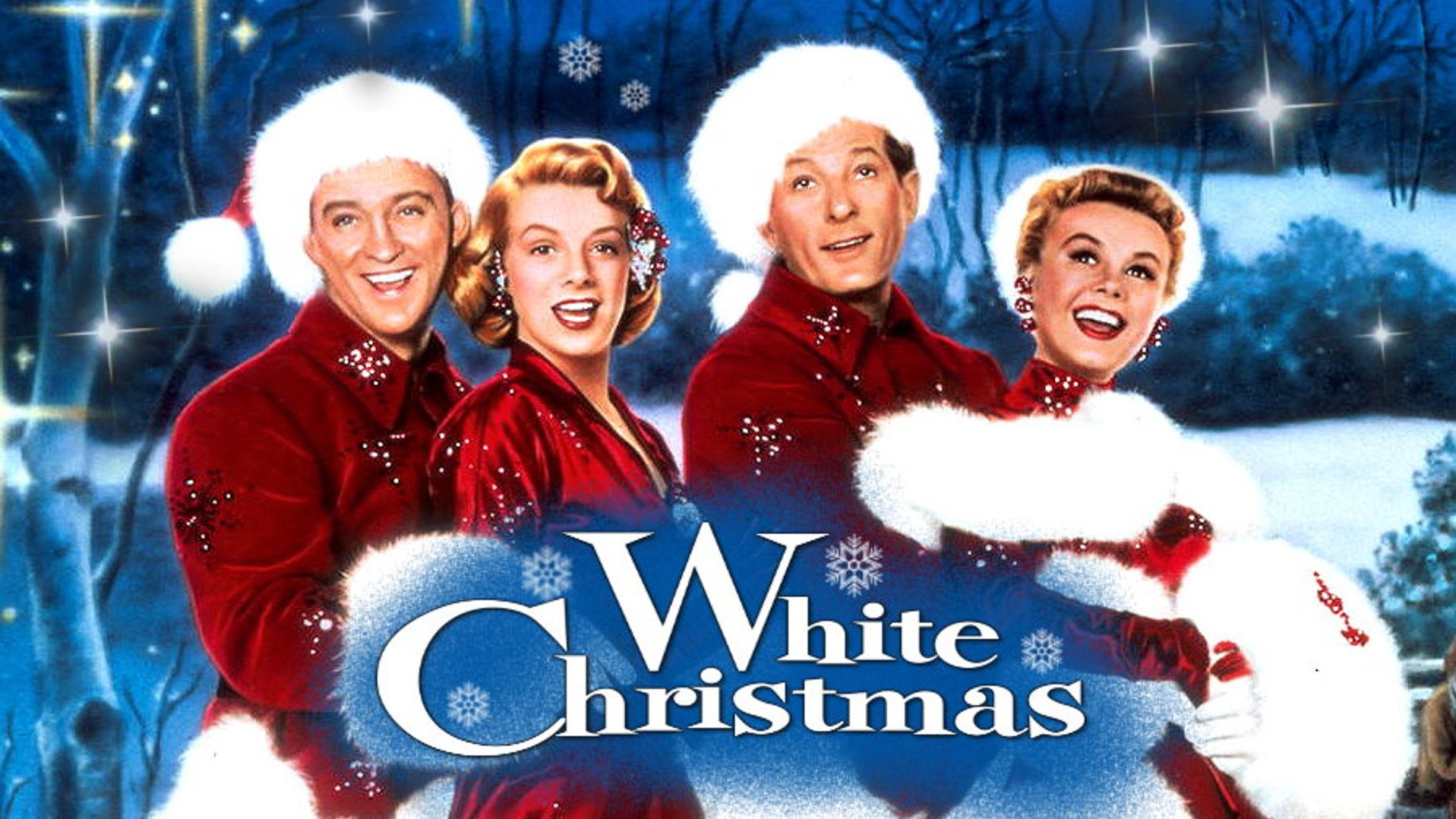 Starring Bing Crosby, Danny Kaye, Rosemary Clooney, and Vera-Ellen, this holiday classic has everything you could ask for in a Christmas movie: music, dance, romance, an attempt to save a failing inn, and liverwurst sandwiches.

The entire soundtrack was written and composed by Irving Berlin, whose ability to capture the human condition in song is unmatched. The titular song weaves together melancholy, hope, and nostalgia in a way that only Berlin can manage.

Conflicting recording contracts for the stars of White Christmas prevented an official soundtrack from ever being released, so if you want to fully experience the magic of Bing Crosby bringing Irving Berlin’s words to life, you’ll have to watch the movie for this one.