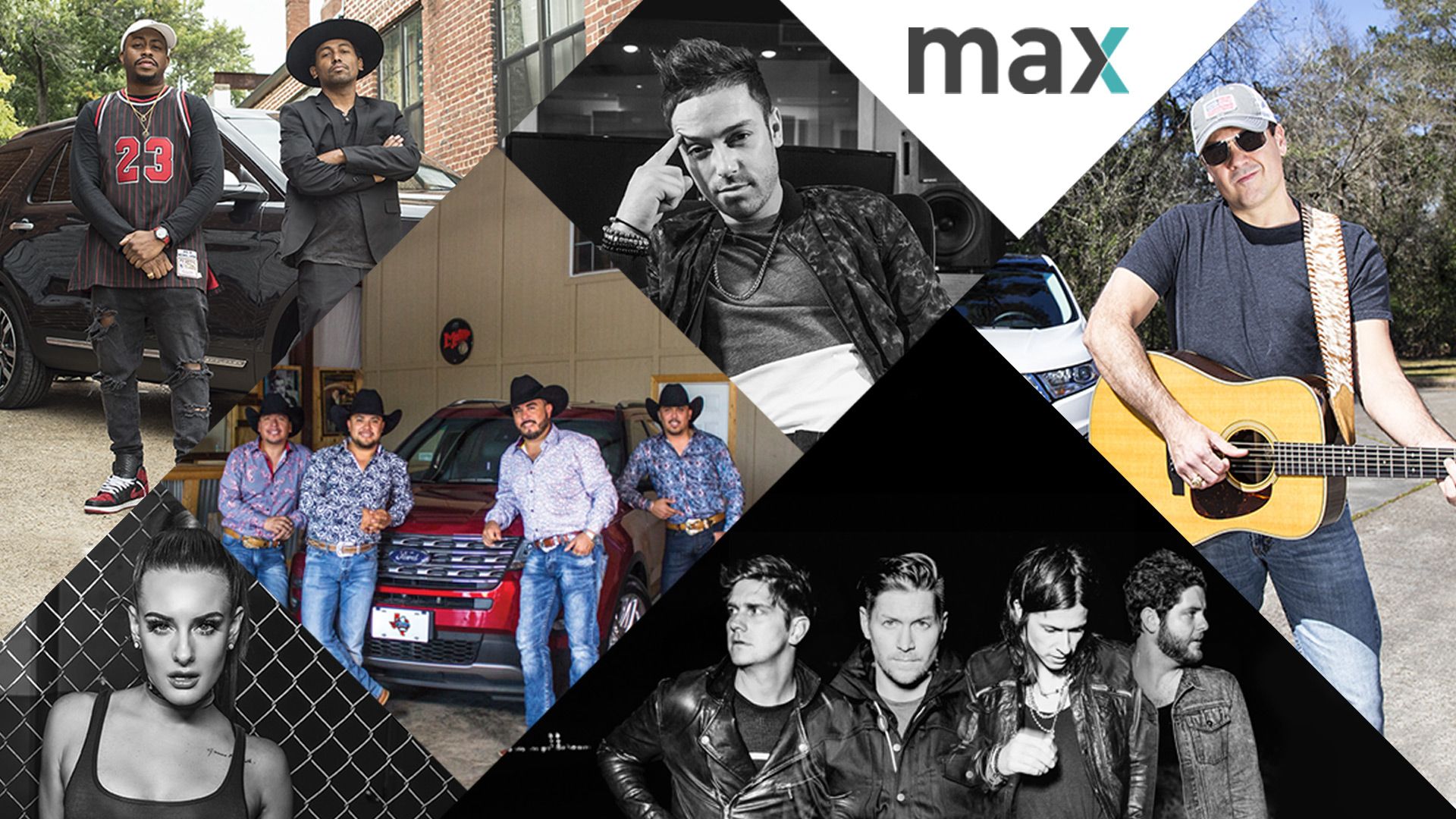 2016 already feels like three years ago, doesn’t it? But we’d be remiss if we didn’t take one final look back on how the year brought so many great brands and artists together…

In 2016, the MAX Platform powered 40 distinct brand-artist partnerships that were integrated across radio, streaming, social media, video, and live experiences. And we didn’t do this just by just taking an educated guess at which artists “made sense” for a brand.

Instead, we empowered brands, agencies, and artists to leverage real, tangible data around consumer tastes in music and consumption habits, which in turn led to real, tangible results for everyone involved.

Some of our favorite highlights of the year include:

But what exactly does all of this mean, right? Well, for starters, many of the brands that supported music artists saw increases in brand affinity and documented sales lifts. And the artists who collaborated with brands saw successes across the board, too.

From the 118.5 million targeted social impressions on MAX’s 2016 brand-artist partnerships, there were more than 15.5 million social engagements (likes/comments/shares on Facebook, Twitter, Instagram, etc.), which translates to a 13% engagement rate.

MAX also delivered more than 100 million audio impressions across top streaming services and FM radio stations. Our unique approach to audio (that brings the music to the forefront, rather than the background), delivered 36% higher streaming engagement than typical spots.

With the dozens of live shows put on throughout the year as part of our programs, there were tens of thousands of fans who got to experience first-hand the magic of authentic brand-artist partnerships via meet-and-greets, VIP experiences, and more.

We had the pleasure of working with so many different artists, brands, agencies, and publisher partners last year. It was a fantastic year, and we’re looking forward to what 2017 has in store. We're already excited for our panel at SXSW.

Keep up with everything we're doing, and join CMOs, agency heads, artist managers, and label execs by subscribing to our weekly newsletter: