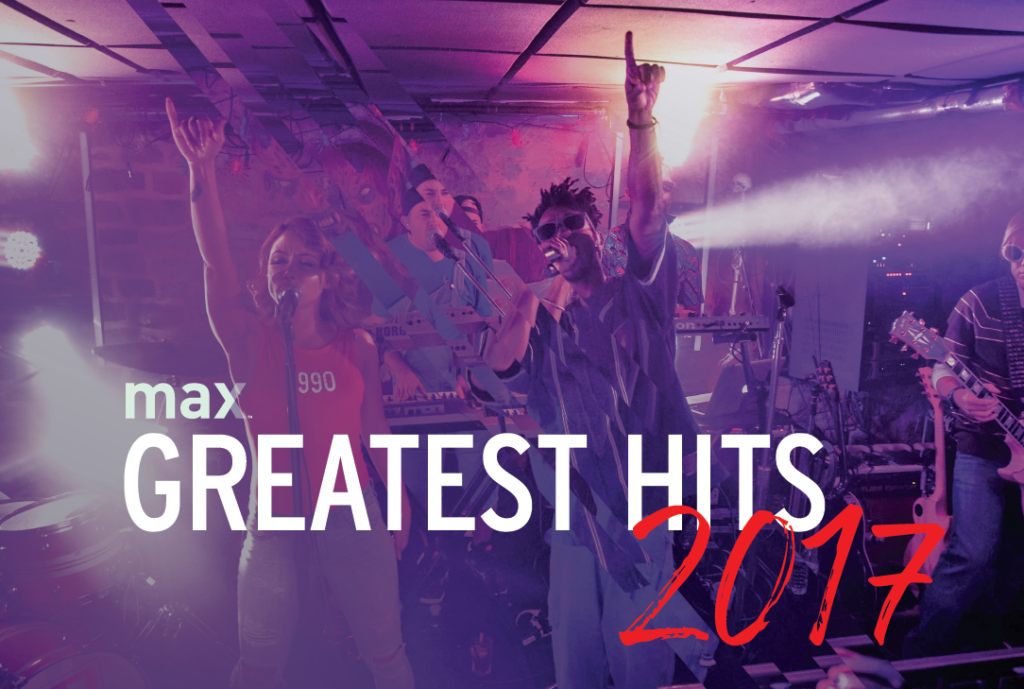 MAX In The News

In 2017, MAX raised $6 million in funding and expanded our presence beyond Dallas and Los Angeles with new additions to our team in New York, Chicago, Atlanta, and Houston. In total, our full-time team grew from less than 20 people at the beginning of the year to more than 50 people today, including leadership additions with strong backgrounds in music, media, marketing, and tech. We also expanded our nationwide network of talented photographers, videographers, and production specialists to more than 90 people.

And, last but not least, our Dallas team moved into a new headquarters, complete with a stage, a kegerator, and a fun game area. (Ping pong challengers accepted!)

Last year MAX analyzed nearly 4,000 articles about the intersection of music, brand marketing, and technology, which we distributed through:

Throughout the year, MAX was covered by publications like NPR, TechCrunch, brandchannel, Forbes, and many more, and published a few op-eds in leading industry publications:

In three years, MAX has run 300+ campaigns with 200+ artists. Our brand and artist partners have cumulatively created billions of “music moments” across streaming, social media, radio, and more. Here are a few select examples of music programs MAX has executed for some of the world’s largest brands:

And it's proving to be effective! In late 2017, we partnered with Millward Brown to conduct a study to test the efficacy of music-focused content aimed at improving a specific audience’s perception of the brand. The study revealed that leading with music not only increases brand sentiment and favorability, but also increases buying behaviors like consideration and purchase intent. Check out highlights below, and read the full summary report.

In 2017, MAX programs earned a 15.7% average social media engagement rate, which is 7.8x the industry average. This continues to work across platforms because MAX and our marketing partners exist to empower artists with the resources they need to reach new and existing audiences.

MAX gives artists of all sizes access to mainstream audiences through the support of brands with our music promotion model. In 2017, our unique approach to audio (that brings the music to the forefront, rather than the background), delivered 75% higher streaming engagement than typical streaming ads.

Almost every MAX promotional program ends with a sweepstakes or VIP experience for lucky fans. These range from backstage access to fly-aways to artist meet-and-greets and more.

We had the pleasure of working with so many different artists, brands, agencies, and publisher partners last year. It was a fantastic year, and we’re looking forward to what 2018 has in store.

Keep up with MAX, and join the growing number of CMOs, senior marketers, agency partners, artist managers, and label execs that are keeping up with us year-round by subscribing to our weekly newsletter.