ACL 2017: A Comprehensive Guide To The Festival Sponsors at Austin City Limits 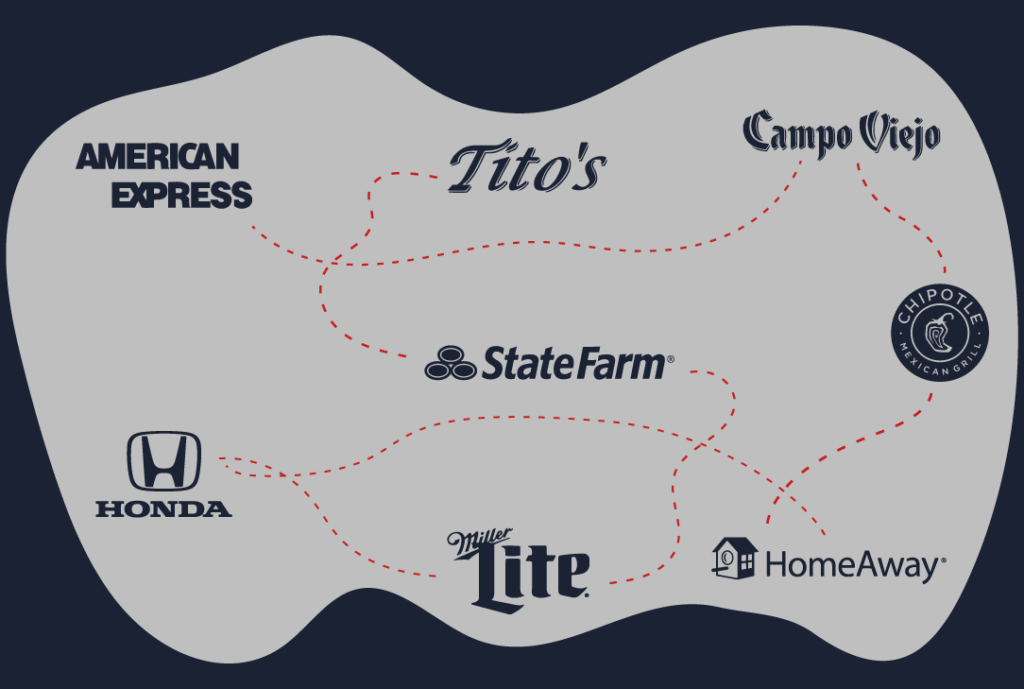 It's kind of crazy to imagine why anyone would pay $300 to spend three straight days in 90 degree weather. What compels a person to stand on their feet for 30 hours over the course of a single weekend?

The logical answer: music fans love to create unique connections with brands through experiential activations. Why else would anybody attend a music festival?

Jokes aside, the sponsors at Austin City Limits understood their role in the music festival and provided attendees with the supplemental value needed to enhance the overall festival experience.

This post outlines what each major brand partner brought to ACL 2017, and an infographic can be found below.

American Express had the most visible brand presence at Austin City Limits in 2017, sponsoring:

The first floor of its two-story house provided all festival attendees with shade and phone charging zones. Additionally, this area had multiple different “user-generated content” opportunities, or, in normal-person speak, American Express encouraged visitors to create artwork and various crafts. These creative opportunities ranged from mini-flags (an ACL staple) to faux-graffiti stations to a crowdsourced armadillo made of colored wood, and more.

Conversely, access to the second floor of the two-story house was granted exclusively to American Express cardholders. This lounge area provided a premium view of the American Express stage and generally remained at capacity throughout the duration of the festival, especially during headlining sets.

The wine brand provided a small photo spot in a shaded Wine Lounge. Unless festival attendees actively sought out brand experiences, they may have missed Campo Viejo’s presence entirely.  For what was likely a minor investment in the festival, this photo opportunity specifically targeted music fans who expressed interest in wine. To get further involved with the festival (or other festivals), Campo Viejo could use fan data to determine which artists resonate most with millennial wine drinkers and create experiences around music.

All of the food vendors at Austin City Limits congregated in an area called ACL Eats, except for festival sponsor Chipotle, which served food from a limited menu across the festival grounds.

Chipotle made its presence known with large block letters proclaiming #LIFEISBURRITOFUL. Like many other brands at the festival, Chipotle had giveaway items for visitors, such as bags, sunglasses, and mini-fans.

Finally, Chipotle partnered with ACL to give festival attendees a buy-one-get-one offer the day after the festival.

In addition to sponsoring a stage graced by Martin Garrix, RÜFÜS DU SOL, and Portugal. The Man, HomeAway provided festival attendees with an exciting photo opportunity and the chance to win backstage access. 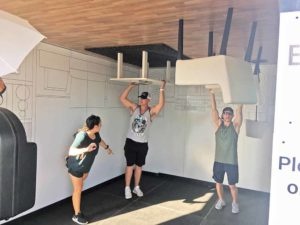 Essentially, festival attendees entered an “Upside Down” house and posed like they were hanging from the ceiling.

HomeAway representatives then encouraged visitors to share their photo on social media for a chance to win access to a backstage HomeAway lounge.

While some of the other major sponsors in the vicinity (State Farm and Miller Lite) had a larger presence, HomeAway made the most of their space by offering music fans something that may have been otherwise inaccessible: going backstage.

Honda’s ACL presence was highly integrated, extending across and beyond the festival. The exclusive auto sponsor, Honda seemed to have the second largest brand presence at Austin City Limits, behind only American Express.

Most noticeably, Honda sponsored a main stage, whose headliners included The xx, Chance the Rapper, and Gorillaz.

Beyond this, Honda partnered with Waterloo Records to support the artist signing stage, offering consistent meet-and-greets over the course of the weekend. As expected, fans formed long lines to get autographs and photographs with their favorite artists. While the majority of this time waiting was spent looking at phones, fans who looked up saw a few tricked-out Honda Civics.

Separate from these music-related experiences, Honda promoted its motorcycle line, Honda Rebel with a photobooth, #BornRebel sunglasses giveaway, and a sweepstakes for fans to enter to win a Honda Rebel motorcyle.

Finally, per a press release, Honda partnered with local rideshare company RideAustin to “provide attendees complimentary rides to the music festival over its two weekends (Oct. 6 –8 and 13 –15) from 11am to 5pm daily.”

Like many other brands at Austin City Limits, Miller Light sponsored a festival stage, which featured major acts like Ryan Adams, Spoon, and Vance Joy.

Supplementary to this, Miller Lite erected a pop-up bar, called Bar 75, in the middle of the festival grounds.

One of the few major sponsors without its name on a stage, State Farm delivered one of the most effective brand experiences at Austin City Limits. 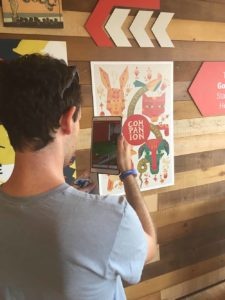 Inside the State Farm lounge, festival attendees relaxed in air-conditioning and learned how to get more involved in the community through augmented reality. Essentially, visitors used iPads to access hidden information about social causes ranging from education to environmental causes to homelessness and more. This AR experience was peppered with vinyl records on display, including “OK Computer” by Radiohead and “Funeral” by Arcade Fire. While neither of these albums were created by performers at the 2017 festival, they reinforced the most important part of the weekend: music.

Finally, unlike any other brand sponsoring Austin City Limits, State Farm provided an exclusive concert for fans, hosting Andrew McMahon in the Wilderness for a private show in their mini-venue. The lead singer of Jack’s Mannequin, Andrew McMahon was likely selected because he seemed to invoke nostalgia in both the team putting together the State Farm lounge and the intended target audience.

Tito’s Vodka, which according to Ad Age recently claimed the top sales spot among all liquor brands, had one of the most integrated sponsorships at ACL.

Tito’s sponsored a stage featuring a lineup of primarily electronic music artists, which makes sense, because according to the MAX Genre Matching Engine™, electronic music is one of the top five genres for millennial vodka drinkers:

In addition to sponsoring a stage, Tito’s Vodka provided two more experiences for fans in an adjacent area.

Like many other brands at Austin City Limits, Tito’s had a photo opportunity, allowing fans to take pictures in front of a big #LoveTitos sign. Unlike many of the other brands at the festival, however, Tito’s added a social cause, offering to donate $1 to Emancipet for every photo shared with the promotion's hashtag.

Disclosure: MAX works or has worked with both MillerCoors and Tito’s Vodka on various music programs.