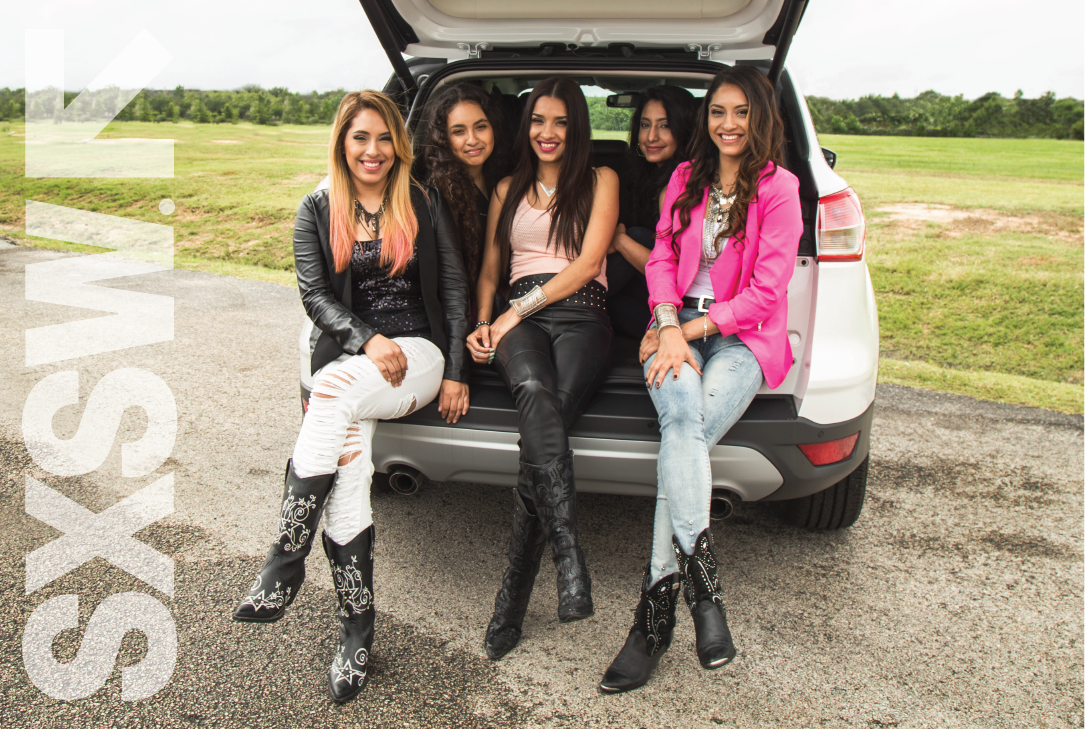 On Friday, March 9th all-female music group Las Fenix took the stage in Austin, TX with Nathan Hanks, CEO and founder of Music Audience Exchange (MAX), for a discussion with marketers about the nuances of multicultural marketing (specifically to Hispanic audiences) through music.

With over 3.5M YouTube Views on their latest music video and an ever-growing social following on Facebook and Instagram, Las Fenix gave more than 75 brand marketers an intimate glimpse into their beginnings, their perspective on culture, and what it means to be shaking things up in the new music + marketing landscape.

The session covered the importance of cultural relevance for brands when marketing to multicultural audiences, and how nuances like age, origin countries, and levels of acculturation are especially imperative when it comes to addressing Hispanic audiences. Using the MAX Platform to analyze Las Fenix's artist profile, the audience got an insider's look at how a band like Las Fenix can effectively reach a new generation of young, ambicultural Hispanic audiences (and particularly women), through the power of their music.

Here's a glimpse of what the MAX Platform can do — download the full Las Fenix Artist Profile.

Las Fenix talked about their music career and the obstacles they have had to overcome to get to where they are; and in true Las Fenix style, they kept the room engaged and tuned in. Here’s some quick highlights from the conversation: 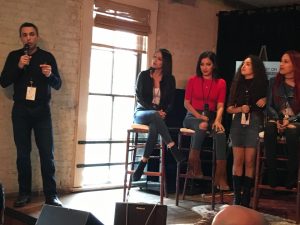 Nathan Hanks @ Music Audience Exchange (MAX): Tell everybody a little bit about how you got started making Norteño music and what Norteño music is.

Las Fenix: Well, we are all sisters and have always had a passion for singing and dancing. We listened to Norteño Regional Mexicano growing up. Of course we listened to pop, and rap, and country too, but when we wanted to be musicians and start a band it was natural for us to do Norteño. [The style] is what we call Tejano but a little bit more aggressive. What makes our music Norteño, is the fact that we have an accordion and that we don’t have a traditional guitar. We have what we call a bajo quinto, it’s a guitar with 10 strings. These unique instruments just give [the music] a different sound - and that’s what makes it Norteño.

Nathan @ MAX: Your live performances have incredible energy, what can people expect when they come see you live?

Las Fenix: It’s a little more hardcore than traditional Norteño. If you see us live, we sing, we dance, we play our instruments. We have a lot of energy. Today, because this is something more intimate and acoustic, we can’t do all of that. But you will still enjoy it, hopefully!

After a bit more discussion on the origins of Norteño music, the band treated everyone to an unplugged performance of their hit song, "Esta Vez No," giving the audience a true glimpse at their raw musical talents for performing and songwriting.

After their performance, Nathan reiterated:

“So imagine, instead of hearing a traditional commercial on the radio, you’d hear Las Fenix talking about the brand, thanking them for the support, and then you’d hear that song- their song...or you’re scrolling through Facebook or Instagram or watching videos on YouTube and you see an artist saying ‘thank you, *Brand*, for doing my promotion,’ those are the integrated programs that we’re putting together. And we’re doing that across radio, streaming, social, live, and video.”

Las Fenix energetically added, “Yeah, we’ve had tons of people tell us, ‘We heard your song on Spotify, [and on] Pandora.” And it really helps!” They recounted a time when they went to a restaurant that was playing Pandora, and they actually heard themselves a few times in the few hours they were there!

Over the last couple of years, Las Fenix has been central to several successful branded Hispanic music programs through Music Audience Exchange. They provide an authentic and engaging voice that is as distinctly American as it is traditionally Hispanic. These partnerships have also helped Las Fenix by giving them promotional support to reach new audiences and grow their fan base.

The Rise of Las Fenix

Las Fenix is known for their high energy performances, personable and friendly interaction with the crowd, they are highly active and engaged with fans on social, and they appeal to a broad mix of Hispanic (and non-Hispanic) audiences because of their versatility as performers.

More than their shared passion for music is the impact Las Fenix is having on Hispanic music culture. They are quickly gaining popularity in Norteño, a music genre that has traditionally been dominated by male musicians.

Music Audience Exchange (MAX) was founded in 2014 with a mission to help champion incredible music and the artists who make it through strategic, data-driven partnerships with brands. MAX brings brands into the music promotional space in a way that puts engaging content into the world through a value-exchange model that drives the brand's objectives and elevates breakthrough bands like Las Fenix along the way. If you'd like to learn more about Music Audience Exchange and what a music promotion program would look like for your brand, send us a note.