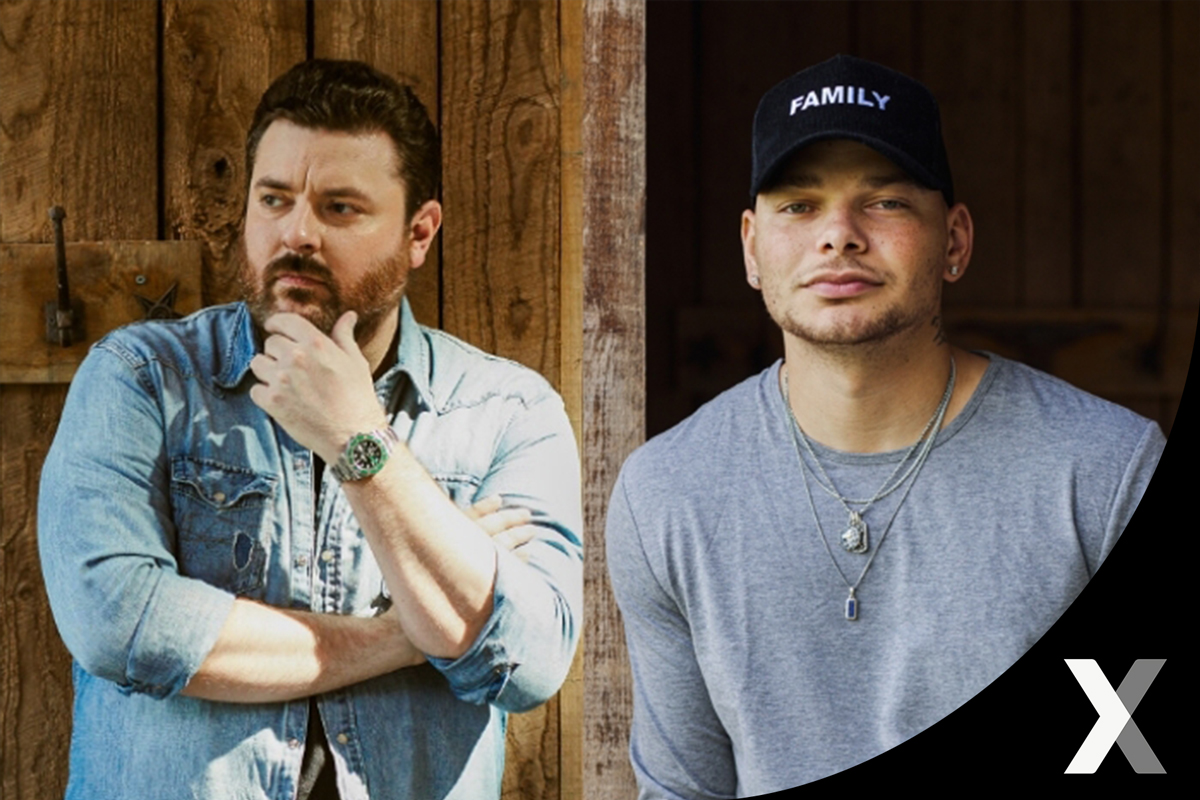 UScellular is partnering with Kane Brown, Chris Young, and seven of America’s finest locally-grown artists who have strong ties to their community.

No one succeeds alone, and just like UScellular, Kane Brown and Chris Young understand the power of community. Bound by locally-grown roots, a tight network of people helped Kane and Chris build their careers. In this campaign, Kane and Chris talk about the people they leaned on in the beginning and how their communities played a large part in their success.

The campaign also highlights seven bands from across America to share their locally-grown stories. These bands are hidden gems that embody the culture of their communities. UScellular understands that it’s the people, the culture, and the moments they create that make individual communities so special.

Get to Know Chris Young 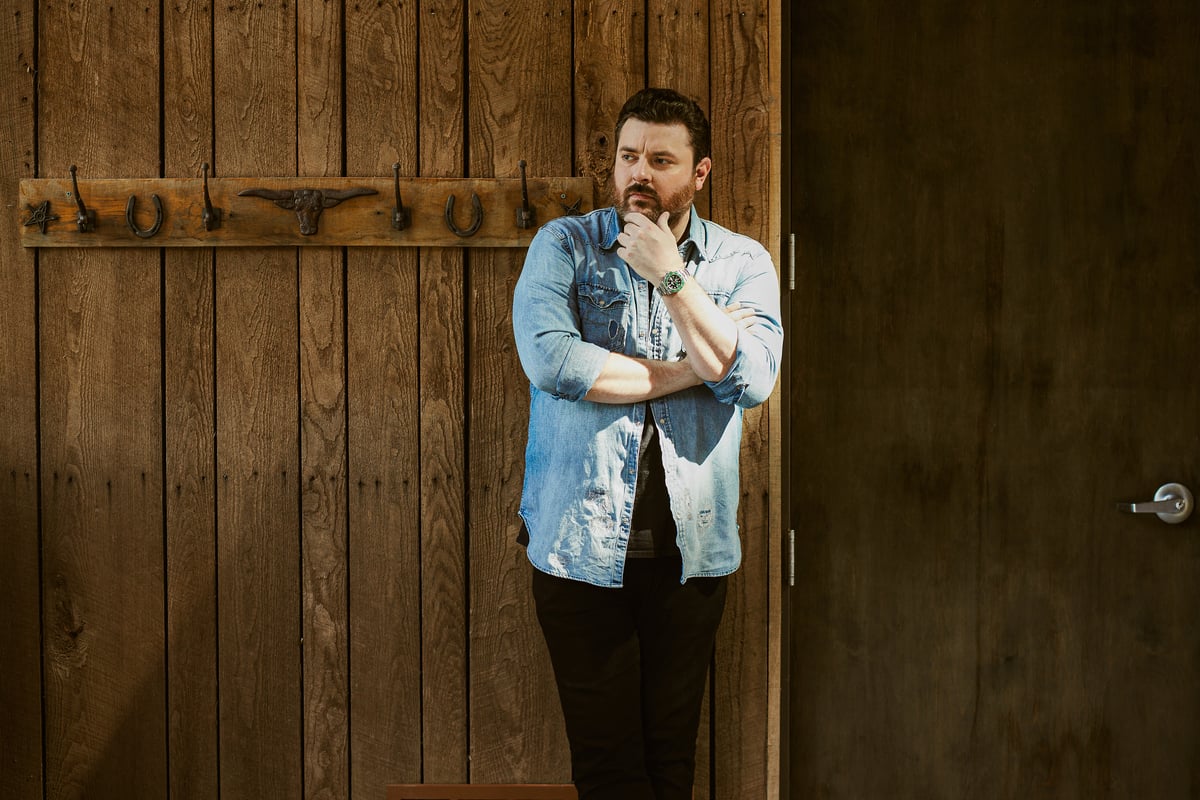 Since winning the 4th season of the singing competition Nashville Star in 2006, Chris Young has made tremendous leaps in the country music industry. After winning, he produced his debut single “Drinkin’ Me Lonely,” which peaked at number 42 on the US Billboard Hot Country Songs chart. After that, he has gone on to make nine studio albums. Chris has won several music awards, including the 2011 American Country Award for Single of the Year and the 2014 British Country Music Association International Act of the Year Award. As a country artist, he has also gained a crowning achievement by becoming a member of the Grand Ole Opry.

Get to Know Kane Brown 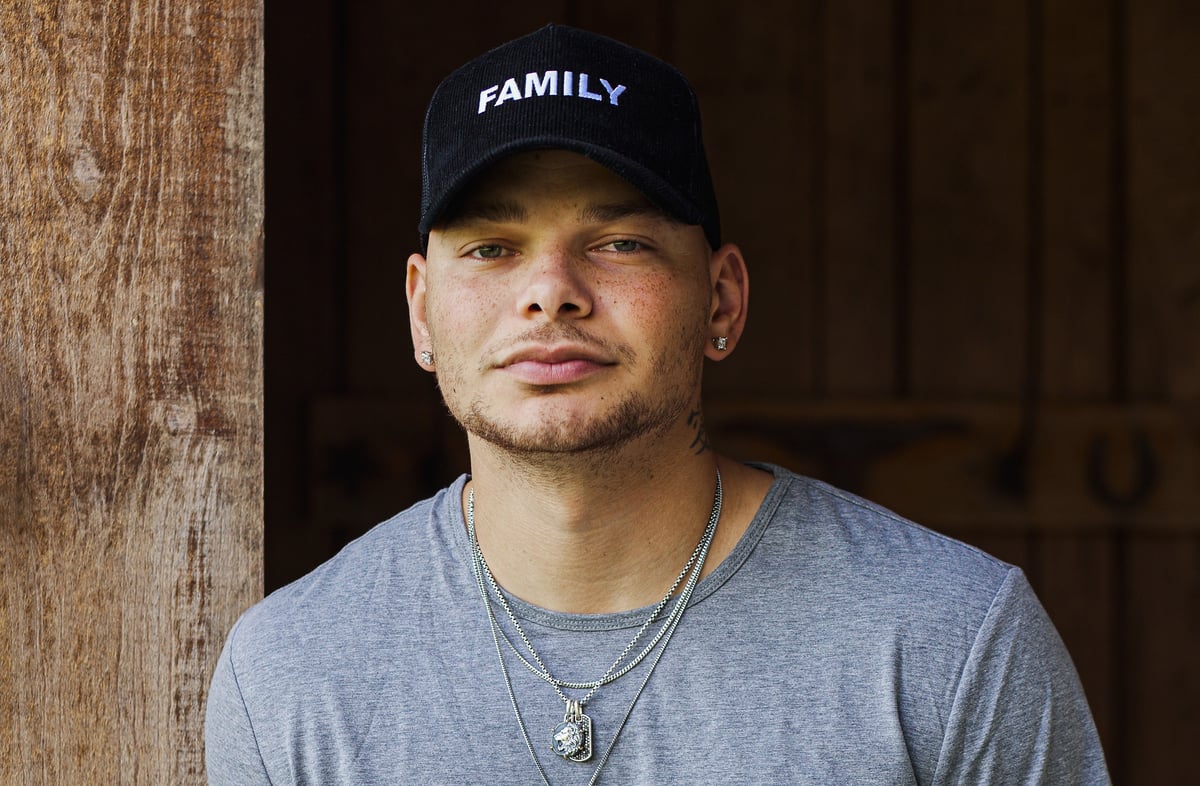 Born and raised in rural Northwest Georgia and around the Chattanooga, Tennessee area, Kane Brown has garnered celebrity status over a short amount of time. His first full-length album, Kane Brown, instantly broke records making him the first artist to simultaneously have number one spots on all five main Billboard country charts. Over the years, he has won numerous awards, including the 2019 American Music Award for Favorite Country Male Artist, the 2019 CMT Music Award for Male Video of the Year, and the 2021 ACM Award for Video of the Year.

Get to Know The Ghost of Paul Revere 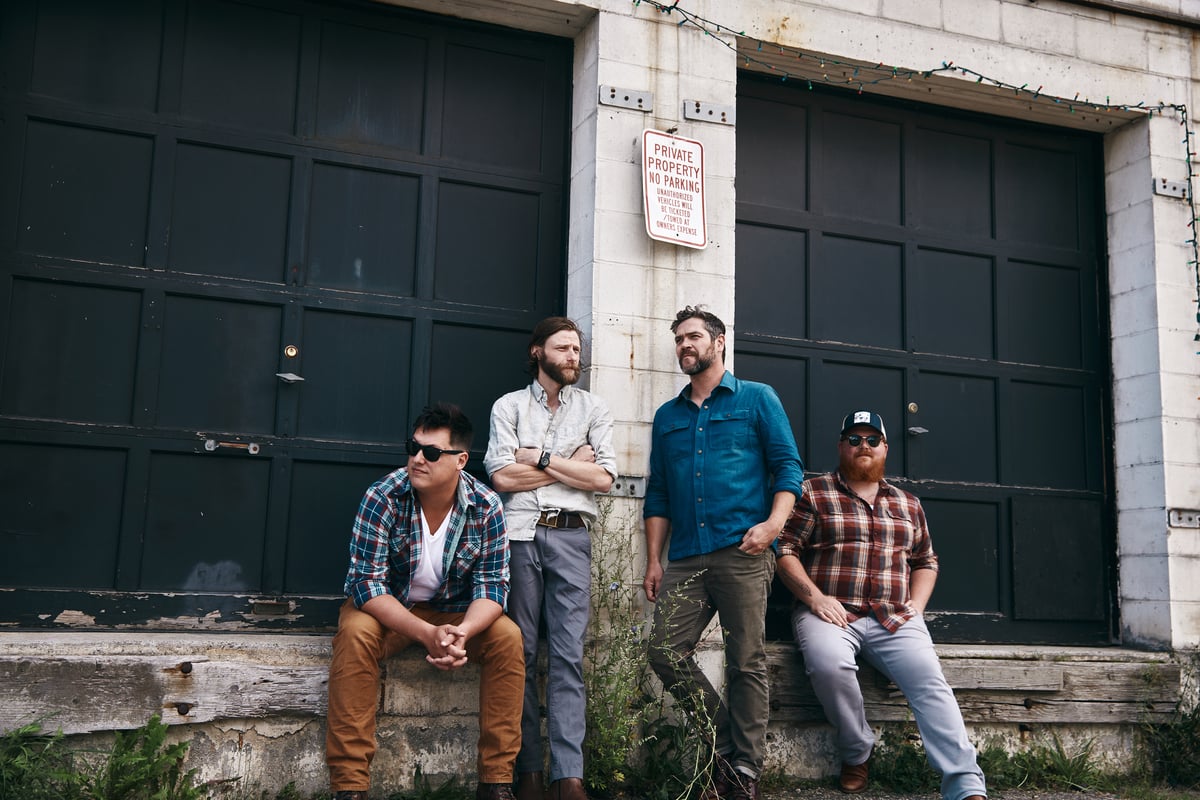 The Ghost of Paul Revere is an Americana folk trio from Portland, Maine. Making their national debut in January of 2018 on Conan, they’ve continued to make massive strides in the music industry. Among the trio’s many accomplishments, their song “Ballad of the 20th Maine” became the official state ballad of Maine as of June 7, 2019. Since 2014, they’ve successfully produced five full-length albums. This group will continue to make noise in the industry for years to come.

Follow The Ghost of Paul Revere on Social / Streaming:

Get to Know The Way Down Wanderers 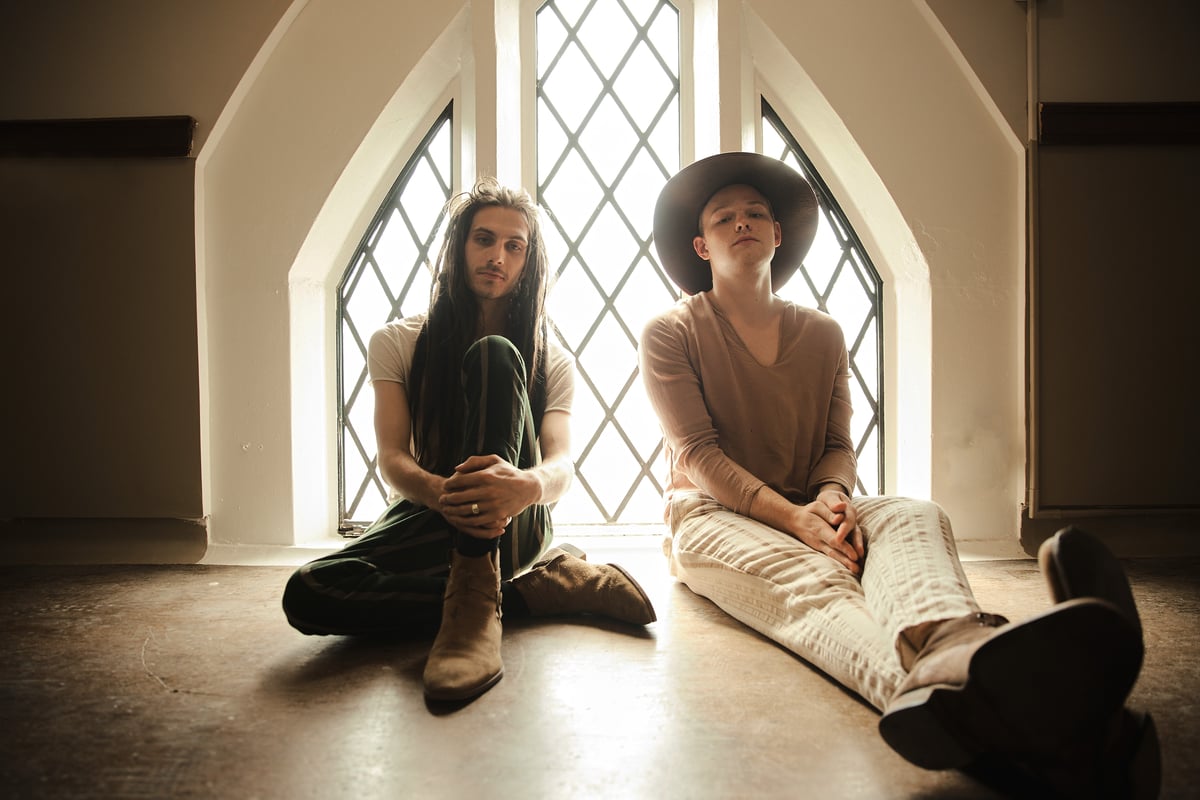 The Way Down Wanderers is an up-and-coming folk band from Peoria, Illinois. They’ve been described as “somewhere on the spectrum between Old Crow Medicine Show and Mumford and Sons” by the Associated Press. Their music is a daring and joyful combination of classical Folk music with bluegrass tradition and is gaining notoriety throughout the music industry. This group is destined to continue to make massive contributions in the Folk and bluegrass genre for years to come.

Get to Know Kaitlin Butts Behind locks of auburn hair and an Oklahoma twang, grows a demanding voice and equally devastating storyteller. Kaitlin Butts is a high-rising Oklahoma native who is steadily blooming into a quick-witted writer. Her ability to pick the right details makes her storytelling abilities unparalleled. Kaitlin's ability to shift between lush desert-swept pastels and hard-bitten murder ballads keeps her audience engaged and at the edge of their seats. She has a knack and unwavering talent for displaying a confident musical ability matched with an equally extraordinary capacity for storytelling.

Get to Know Beta Radio

The Wilmington, NC indie-folk duo, Beta Radio, artfully and carefully piece together songs with unmatched attention to detail and unwavering work ethic. This duo shines through on the band’s upcoming EP Way of Love, debuting in August 2021. Way of Love follows the critically acclaimed 2018 full-length release Ancient Transition, an album full of Americana spirit and folk-style lyricism. Rooted in vocal harmonies, guitar, piano, banjo, and an eclectic range of additional instrumentation, Beta Radio’s ethereal-folk sound is the result of a decade-long collaboration between Ben Mabry and Brent Holloman.

Get to Know Lowland Hum 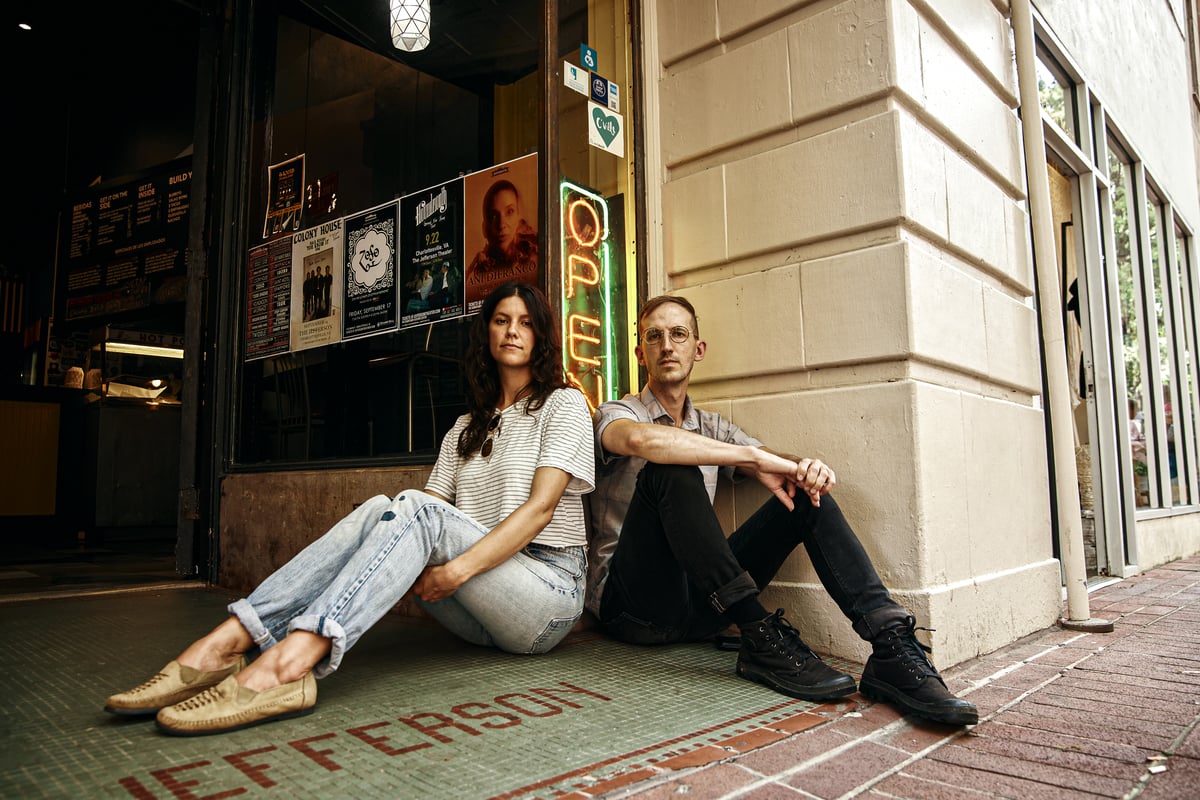 Daniel and Lauren Goans got married in 2012 and established their band, Lowland Hum, in 2013. In the early days, the two lived primarily on the highway, performing across the United States and Europe. They shared the stage with performances such as Josh Ritter, Jesca Hoop, and The Oh Hellos. The prolific duo has garnered ongoing critical acclaim for their minimalist brand of indie-folk from outlets such as NPR, the Washington Post, Billboard, and The Wall Street Journal. In 2021, the band announced that their seventh studio album, At Home, will be released on October 22. Lowland Hum is looking forward to touring in the fall and continuing to introduce their little one to the ever-expanding catalog of albums that have generated inspiration for their music and their lives.

Get to Know The Real Zebos

The Real Zebos started as a college project between Connor Bandt and Jordan Gaul after their legendary meeting on Craigslist in 2014. They began to play live shows in January 2018 and have gained notoriety and fame from Omaha, Nebraska, to all over the US. It’s obvious this group is just getting started and about to take off to new heights.

Get to Know Dead Horses Dead Horses is a folk-inspired contemporary-country band from Milwaukee, Wisconsin. Weaving together vibrant influences from trad roots to indie-folk, this duo has released three studio albums and charted the Americana Top 50 radio charts. They’ve been featured on several “Americana” playlists on Spotify, Apple Music, and Amazon. Dead Horses have toured extensively across the U.S. and have even opened for the UK rock group, The Who.