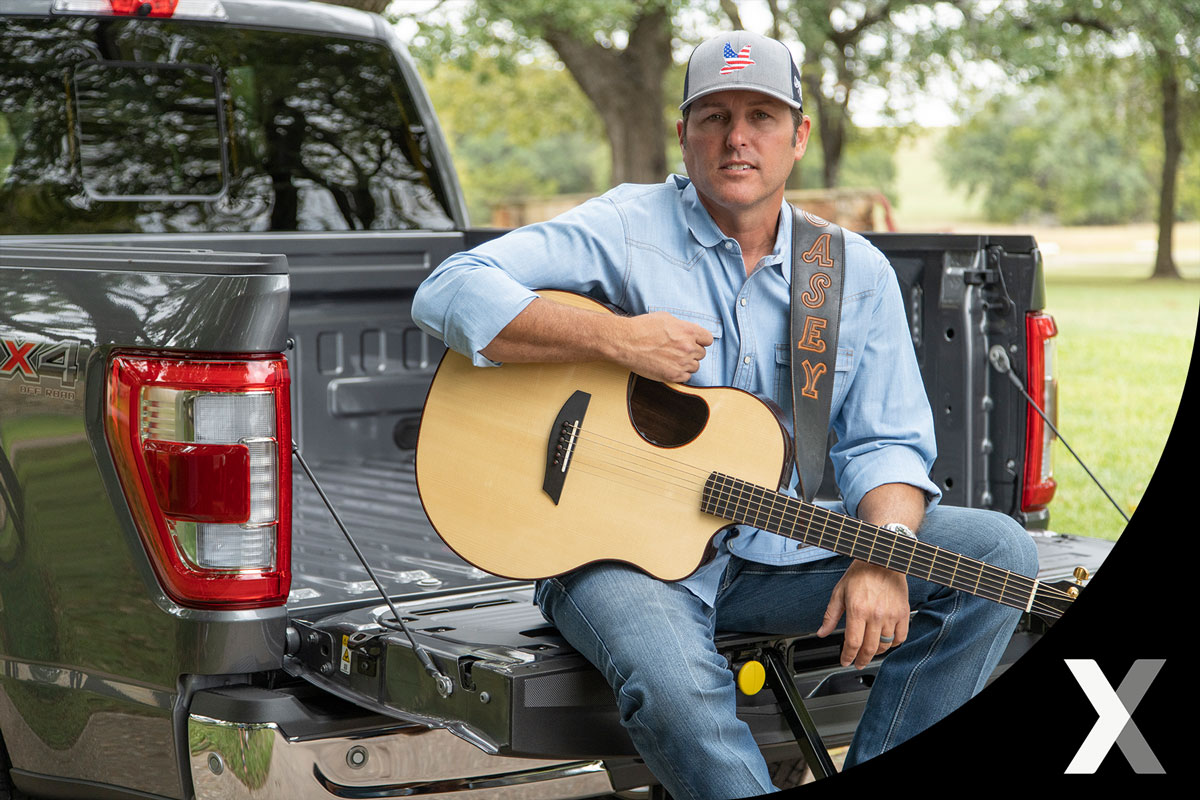 Ford partnered up with country star Casey Donahew to highlight the features on the 2021 Ford F-150.

Through Ford Music (and Música Ford), Ford partners with the best emerging musicians from across the country, showing a bit of their lives and featuring the music that drives them to go further.

Check out the video below to see Casey talk about his grandpa’s influence on his music career, his new album (coming soon!), and his love of Ford trucks. He and his wife both love their Ford trucks, whether they’re pulling animal trailers, hauling equipment around, or tooling around with the kids.

Get to Know Casey Donahew:

Casey Donahew rose from a favorite on the local Texas music scene to a national touring act who consistently sells out venues across the country. For Casey, who started songwriting when he was still in high school, the songs were always the main thing—and still are to this day. Fans flock to his shows to revel in fun, wacky tales alongside the more somber stories of heartbreak, failure, and redemption that Donahew weaves so well. Casey’s career is built on his close relationship and active interaction with his fans.