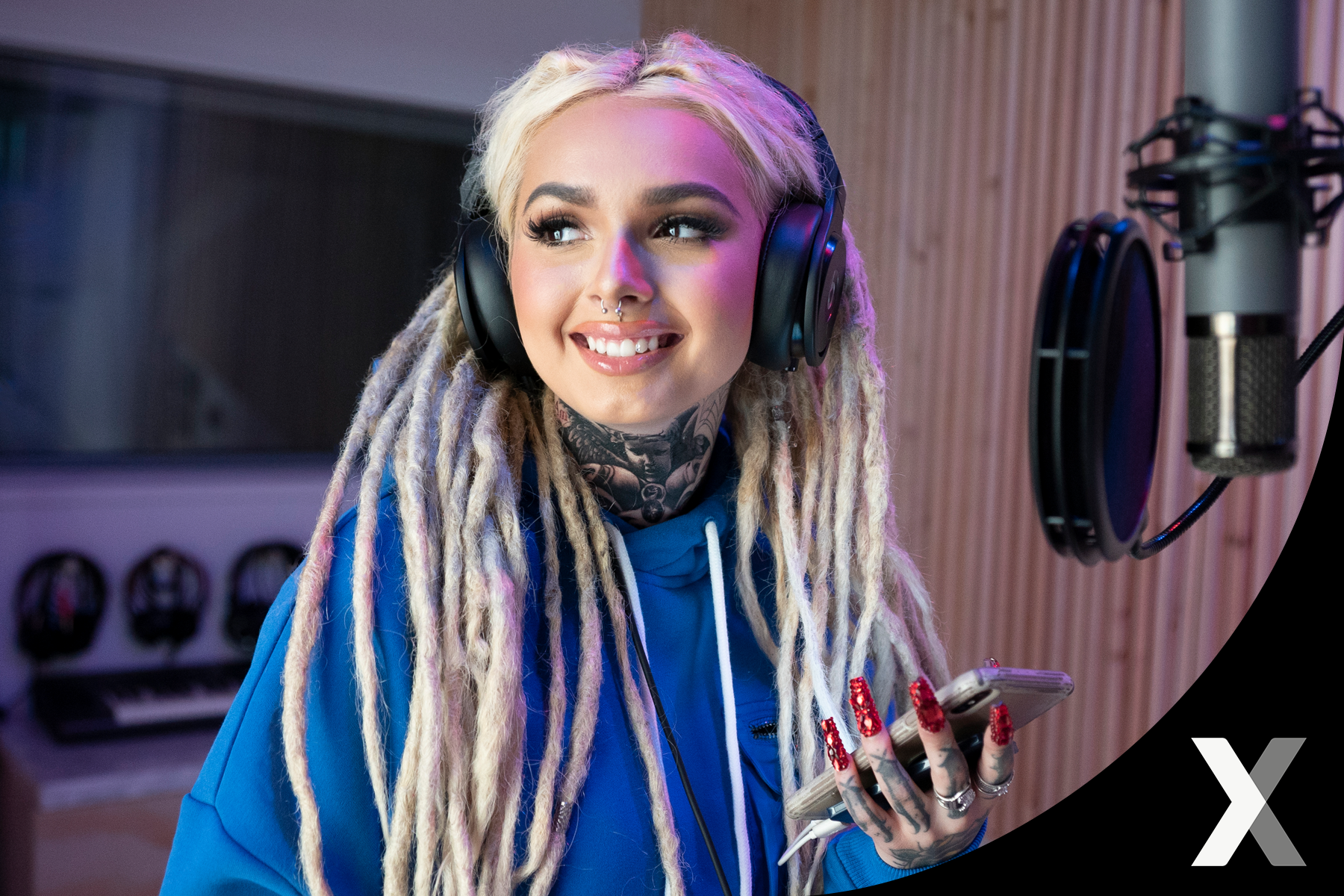 Zhavia Ward partnered with Comcast – Xfinity to share how xFi helps her connect with fans.

Comcast – Xfinity was looking for a way to reach streaming service subscribers, gamers, and tv fans nationwide to show them how Comcast – Xfinity xFi can help them stay connected with all of their favorite hobbies and with their friends and family. MAX found the perfect artist partner to share this message in pop singer/songwriter Zhavia Ward.

Zhavia Ward loves connecting with her fans, whether it’s live at a concert or through the internet and social media. Comcast – Xfinity’s xFi helps Zhavia stay in touch with fans and keep them updated on her life and her music in real-time. In a series of videos highlighting her partnership with Comcast – Xfinity, Zhavia invites fans to share how they stay connected with loved ones 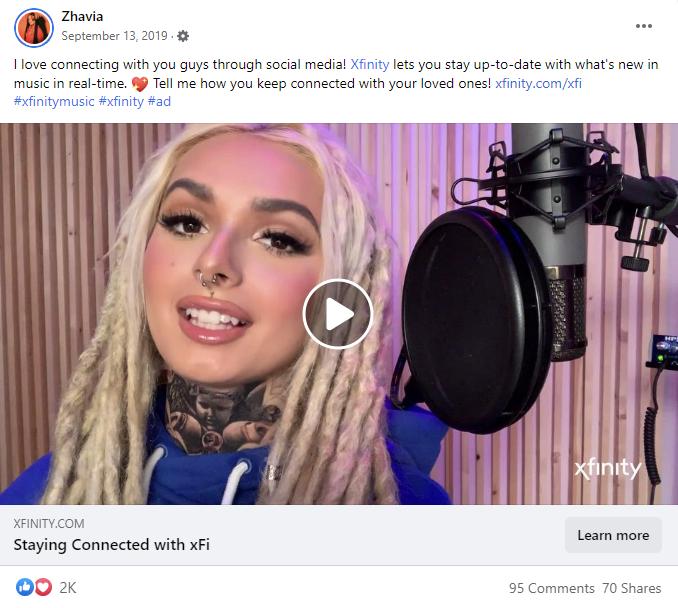 Technology in general plays a big role in Zhavia’s creative process. When she’s in the studio, she always has her phone in hand so that she can write song lyrics as they come to her, record ideas for melodies, and stay connected to the world outside when she needs to reach out for inspiration. After a long day in the studio, Zhavia Ward likes to relax and unwind the same way her fans do: streaming her favorite shows and movies.

This campaign features Zhavia Ward’s song “17” from her EP of the same name. The song is about how Zhavia dreamed of a better life for herself when she was young and how that dream inspired her to make that life a reality.

Get to Know Zhavia Ward

Zhavia Ward is a pop singer/songwriter who quickly made a name for herself when she was one of the four finalists on FOX's singing reality TV show, The Four: Battle for Stardom, in 2018. At only 18 years old, she has already had much success from collaborating with artists such as Diplo, Jeremih, and Skip Marley. She was recently featured on the remake of “A Whole New World” with former One Direction member Zayn for Disney's Aladdin soundtrack, which currently has more than 95M streams on Spotify. Sitting at over 7M Spotify Monthly Listeners, Zhavia is on the rise as she recently released her debut EP, 17.