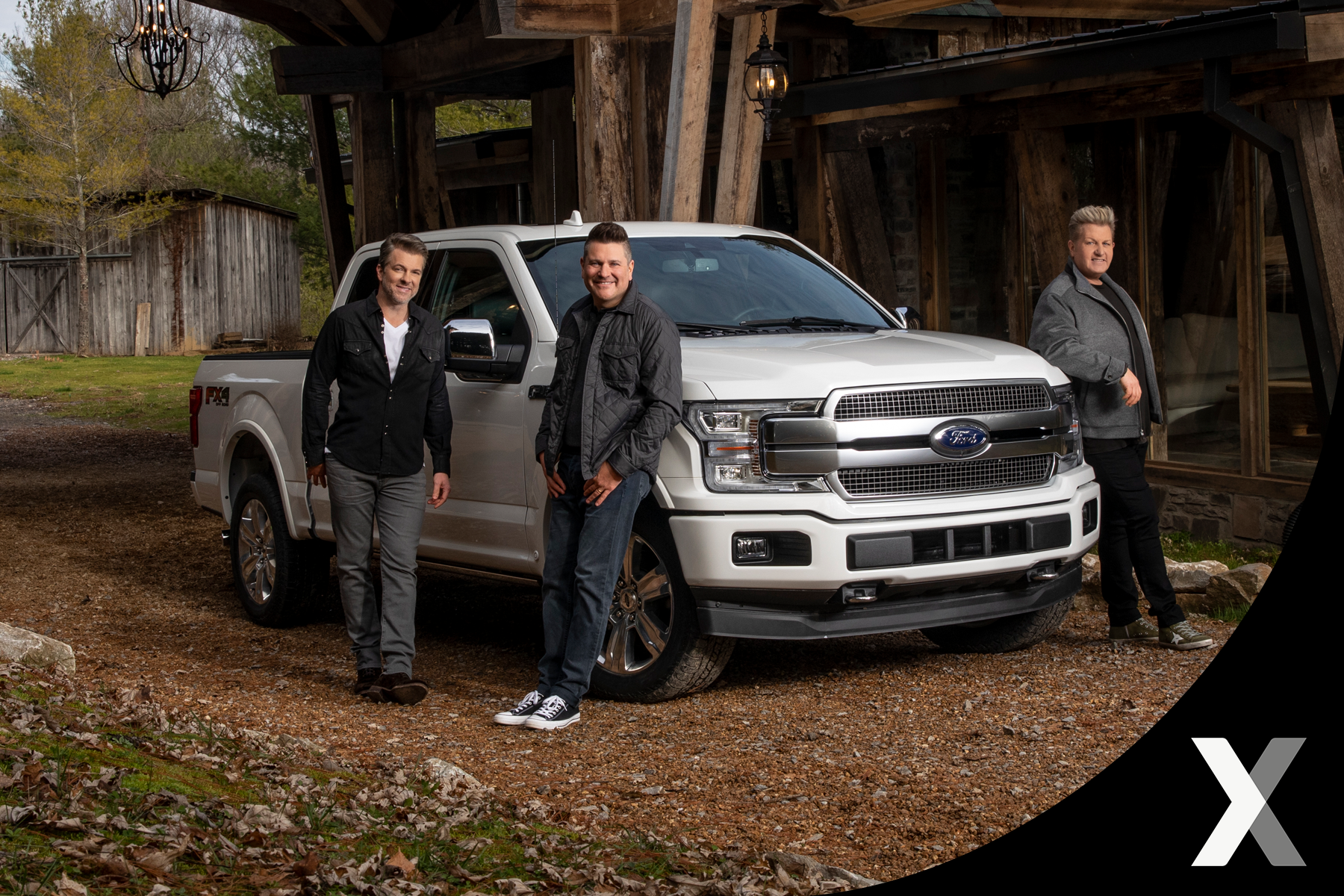 Ford Music: Life is a Highway with Rascal Flatts

Rascal Flatts is partnering with Ford for Ford Truck Month to celebrate 20 years as a group and their last tour together.

Through Ford Music (and Música Ford), Ford partners with the best musicians from across the country, showing a bit of their lives and featuring the music that drives them to go further.

Partnering with Ford Music for Truck Month just made sense for country superstar group Rascal Flatts. They’re both celebrating a rich history of being on the road and have put in a lot of miles together. After 20 years together as a group, Rascal Flatts is heading out for their last tour together. As a legacy brand with 43 straight years of the F-series being America's best selling truck, Ford has a lot in common with Rascal Flatts and the artists are excited to have Ford celebrating their farewell tour alongside them.

Traveling together and playing music for 20 years makes for some good stories. For this partnership, Rascal Flatts spend some time talking to Ford about the memories they’ve made on the road together and what it means to them as artists to have been such a large part of the soundtrack of their fans’ lives.

This campaign includes a sweepstakes, giving fans the chance to win tickets to a show on the Rascal Flatts Farewell “Life is a Highway” tour and a VIP meet & greet with the band at the show.

The Song: “Life is a Highway”

Get to Know Rascal Flatts

Rascal Flatts are a GRAMMY Award-winning country trio made up of Gary LeVox, Jay DeMarcus, and Joe Don Rooney. Their studio albums have accounted for more than 25 singles, with over 14 having reached #1 on Billboard Hot Country Songs. Their most popular single to date, "Life is A Highway," has over 200M streams on Spotify and was the main feature single for the animated film CARS. The band has won a multitude of awards, including a GRAMMY Award for Best Country Song; CMA Vocal Group of the Year; ACM Top Vocal Group; and an ACA Decade Artist Award. Rascal Flatts received a star on the Music City Walk of Fame in Nashville in 2010. With over 415M YouTube views, the band has made appearances on The Voice and American Idol, as well as having headlined w/Journey at the Super Bowl XLVII CMT Crossroads Concert. The band will be embarking on their 2020 Farewell: Life is A Highway Tour to celebrate their 20-year legacy as country music icons.