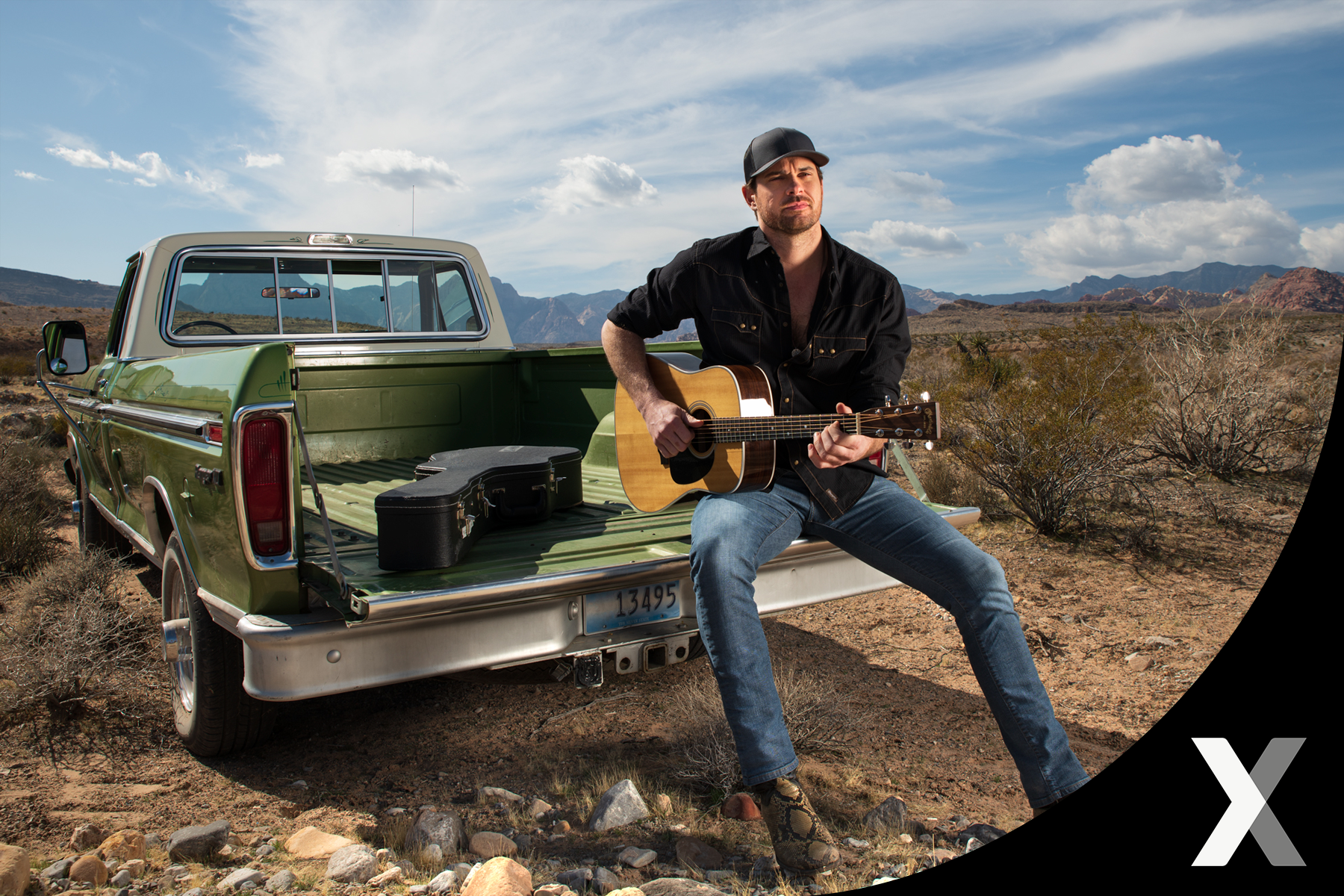 Matt Stell is partnering with Wranglers and Boot Barn to talk about his music career and his favorite jeans (Wranglers Retro 88s fit).

Matt Stell has always been a fan of Wranglers and Boot Barn–all of his favorite singers and songwriters wear Wranglers–so having their support is validating to him.

In this campaign, Matt Stell visits his local Boot Barn to shop for some new Wranglers and then brings the camera crew with him to the recording studio to talk about his life and his career. Starting with his time in college when he first got into music, then moving onto his journey as a struggling artist playing under a pseudonym, Matt shares how he was at a crossroads between Harvard pre-med and music.

After thinking about what his passions are, Matt Stell chose life as a performer and songwriter, chasing the thrill of being on stage. For Matt, the most gratifying part of being a songwriter is writing songs that are important to people.

This campaign includes a livestream performance and a sweepstakes where fans have the chance to win a virtual meet & greet with Matt Stell.

The Song: "Everywhere But On"

Get to Know Matt Stell

Matt Stell is a country singer-songwriter born and raised in Arkansas, who has received critical acclaim from Rolling Stone, CMT, Billboard, and more. Although he played college basketball and was accepted into Harvard University’s Extension School, Stell knew early on that his true passion was music. He is best known for his 2018 hit, "Pray For You", which landed a spot on Billboard's Hot Country Songs and Country Airplay charts and has over 70M streams on Spotify. In 2019 he released his major label debut EP, "Everywhere But On", which includes a feature from rising country star, Jimmie Allen. Aside from working with Allen, Matt Stell has opened for country artists such as Luke Bryan and Eric Church. With almost 2M Spotify Monthly Listeners, Matt Stell is growing his name in the country music scene.