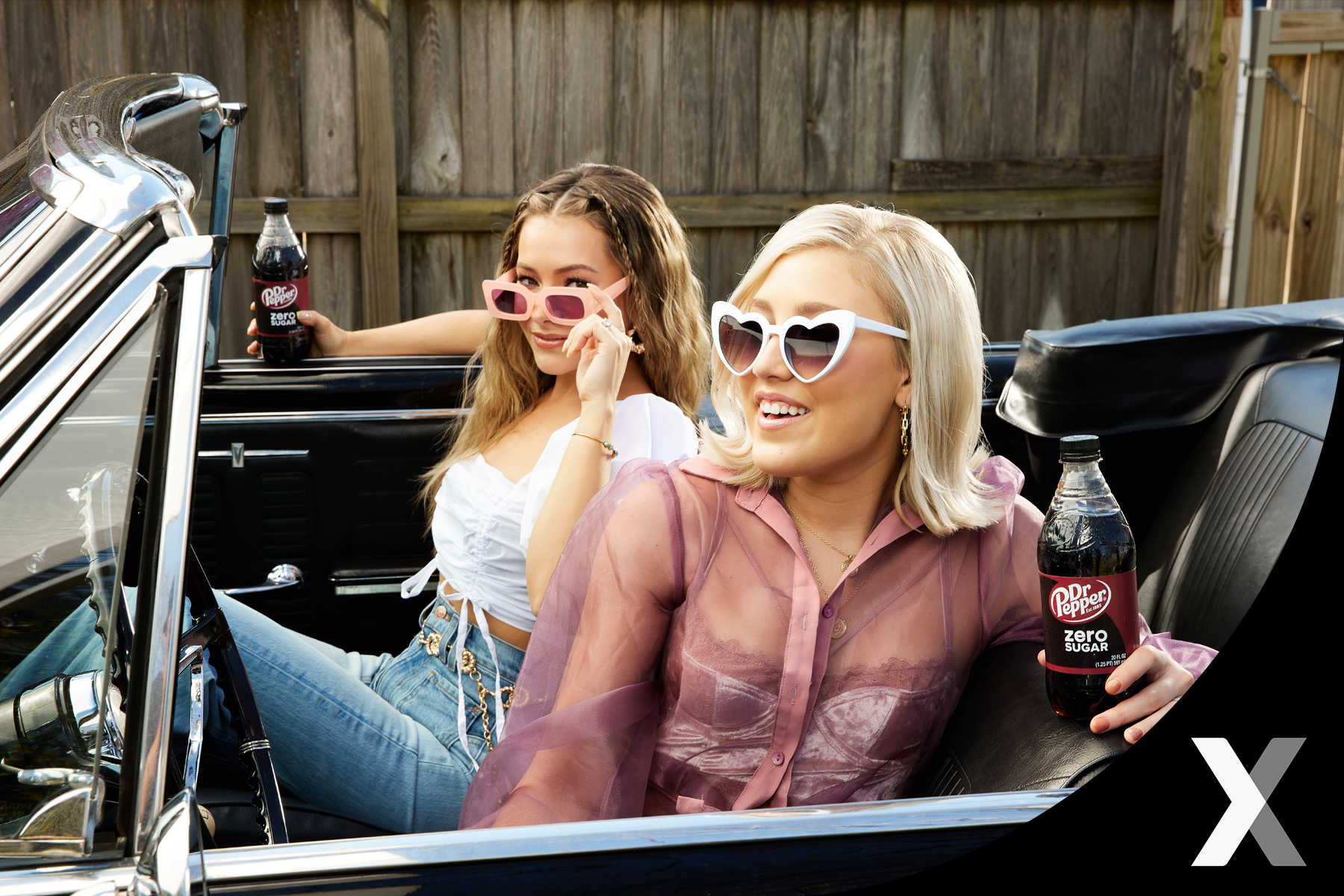 This partnership between Maddie & Tae and Dr Pepper coincides with the release of new Dr Pepper Zero Sugar flavors and the premiere of the dynamic country duo’s new song, “Woman You Got.”

Dr Pepper partnered with country singer-songwriter duo Maddie & Tae to increase awareness about the launch of new Dr Pepper Zero Sugar flavors. MAX identified Maddie & Tae as the perfect artist partner for this campaign because of their alignment with brand personality, popularity across markets nationwide, alignment on several audience attributes, and genuine affinity for Dr Pepper.

This campaign culminated in an exclusive Dr Pepper branded livestream performance from Maddie & Tae via SET.Livestream where fans could interact with the show in real time and even request their favorite songs. Dr Pepper also sponsored a sweepstakes giving 50 fans the chance to win a virtual meet & greet with Maddie & Tae, hosted through our SET.Meet platform. One grand prize winner + a guest won a VIP flyaway package, including airfare and hotel accommodations to a live show in San Diego to see Maddie & Tae perform during the Brett Young Tour.

The Song: “Woman You Got”

This campaign features Maddie & Tae’s single, “Woman You Got,” which was released in concert with the introduction of the new Dr Pepper Zero Sugar flavors. “Woman You Got” went on to win the CMT Group/Duo Video of the Year Award and the duo made headlines with their tearful, passionate acceptance speech.

Get to Know Maddie & Tae

Maddie & Tae are a singer-songwriter duo composed of members Madison Marlow and Taylor Dye. Their debut album, Start Here, was released in 2015 with singles such as “Girl In A Country Song,” “Fly,” “Shut Up And Fish,” and “Sierra.” Maddie & Tae have previously been nominated for ACM Awards for Vocal Duo of the Year and New Vocal Duo/Group of the Year, as well as a CMA Award for New Artist of the Year. With over 2.6M Spotify monthly listeners, the duo toured in support of Carrie Underwood's 2019 Cry Pretty Tour and released their second studio album, The Way It Feels, in April 2020.