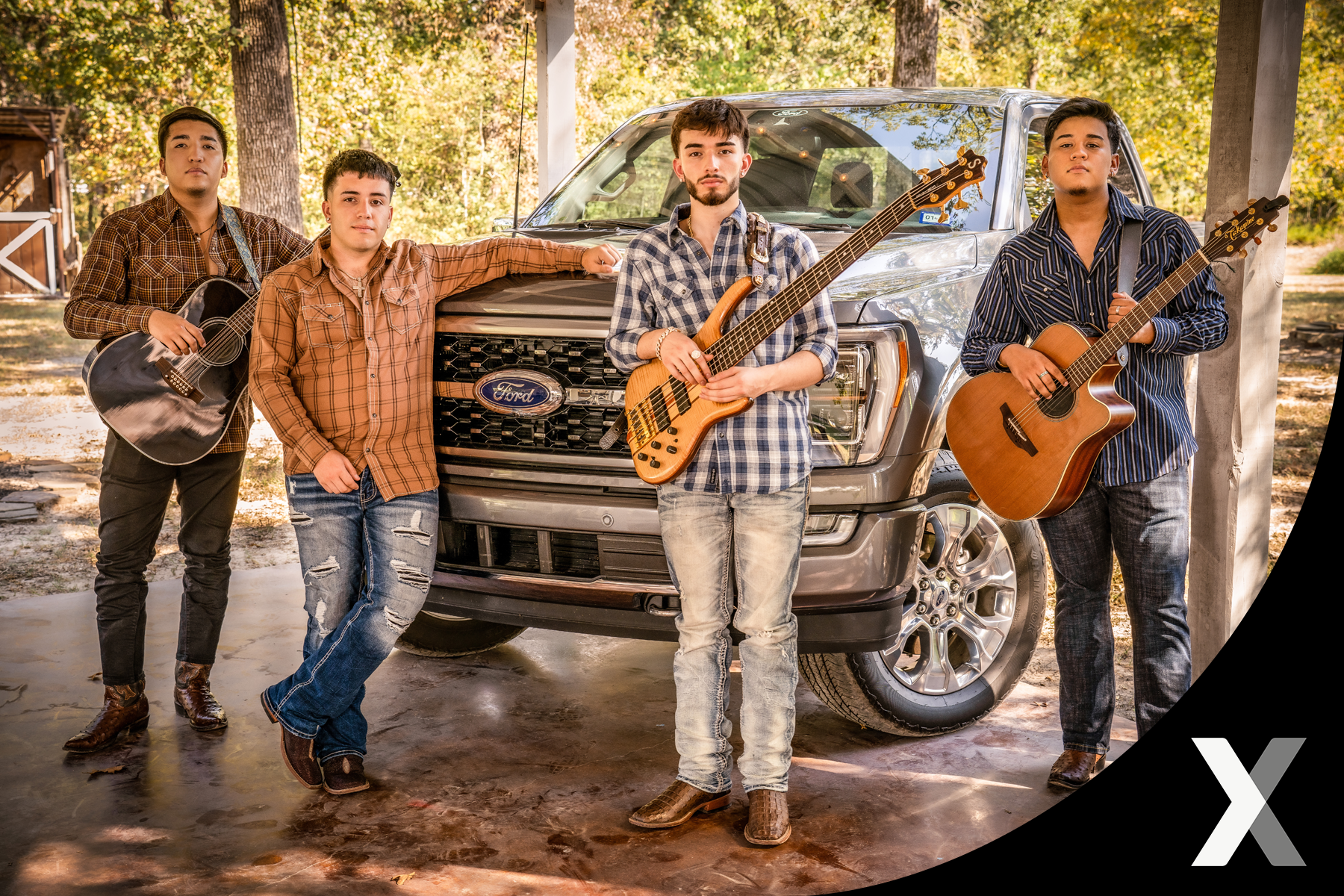 Using our MAX Artist Matching Engine™, our team identified Eslabon Armado as the perfect artist partner to help Your Texas Ford Dealers drive awareness and consideration with Hispanic audiences based on several audience attributes and their affinity for Ford.

Regional Mexican music is special to Eslabon Armado. It’s the music that reminds them of family, the music they grew up listening to as children. By playing Regional Mexican music, the members of Eslabon Armado stay connected to their roots. They also love that when they play concerts in Texas, the audiences sing along to all of their songs, showing just how much their fans in Texas connect with their music too.

During this campaign, Eslabon Armado got to check out the Ford F-150. Watch the video below to see which features on the Ford F-150 were their favorites and to learn more about the band, their musical journey, and where they’re headed next.

Get to Know Eslabon Armado

Regional Mexican group Eslabon Armado has numerous nominations and awards from the American and Latin Music Awards, iHeart Radio, Billboard, and Latin Billboard. They recently released their album Nostalgia which has over 81 million streams from its songs “Si Supieras,” “Dos Morritas,” and “Hasta La Muerte.” Nostalgia became the first Regional Mexican album to reach a top 10 position on the Billboard 200 Chart at number 9. Eslabon Armado is extremely popular, with over 1.1 billion views on YouTube and over 8.1 million monthly listeners on Spotify.