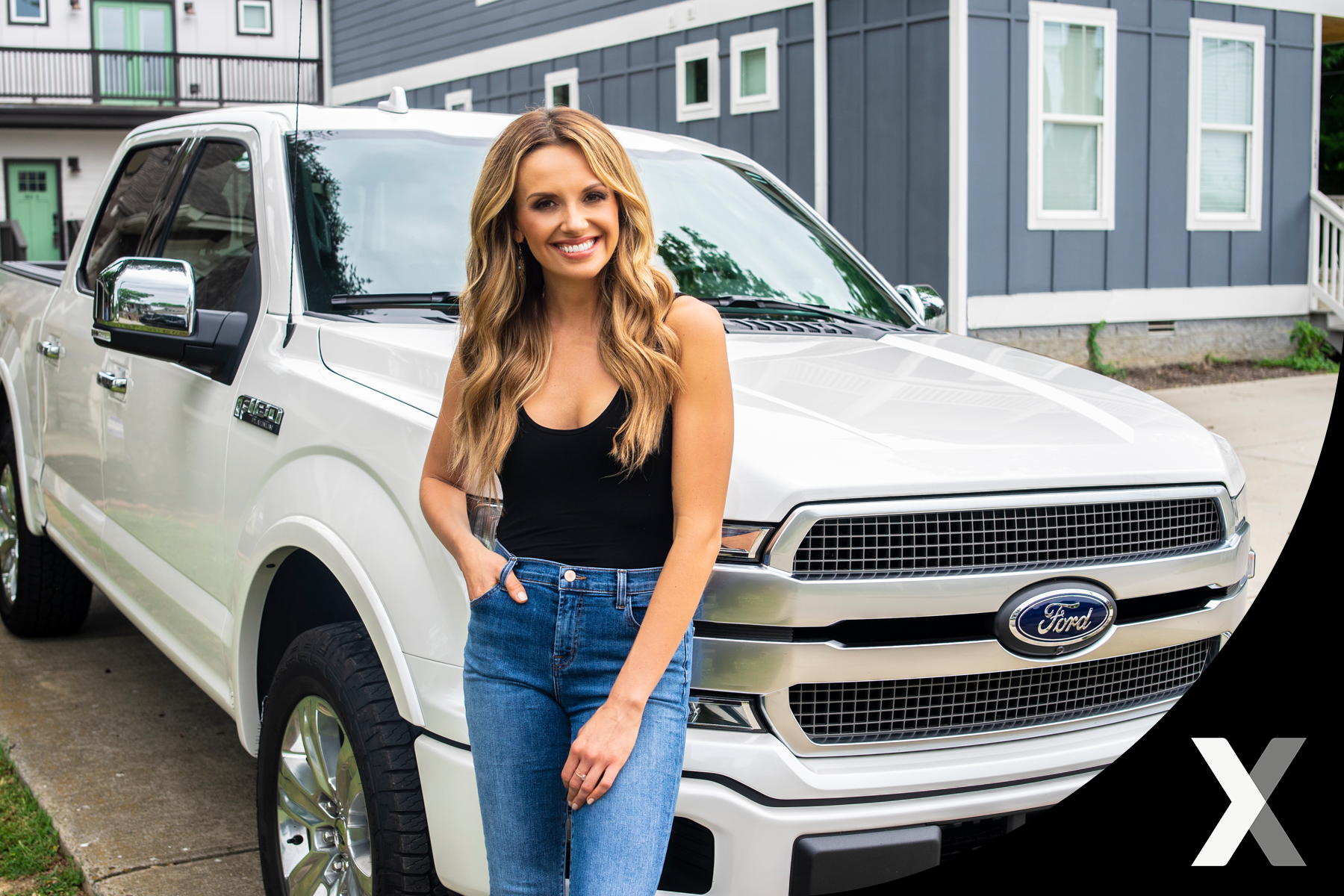 Carly Pearce joins the Ford Music family, sharing stories about her music and her lifelong love of all things Ford.

Through Ford Music (and Música Ford), Ford partners with the best musicians from across the country. Carly’s work ethic - and her genuine love of Ford vehicles - made her a perfect partner for this Ford Music campaign, which showcases artists’ music and gives fans a glimpse into their personal lives.

Carly Pearce’s audience skews young and female and they are more likely to drive a hybrid vehicle than the general population. Unsurprisingly, she has a large audience in the southern United States, but she also has a strong following along the East Coast and in the Midwest.

Carly Pearce was enthusiastic about her partnership with Ford and created engaging content that showcased her warm personality and resonated with her fans. In addition to talking about her lifelong love of all things Ford (from her very first car to the Mustang in her song “Honeysuckle”), Carly shared stories about her songwriting process, the experience of singing at the Grand Ole Opry, and her relationship with her fans.

This campaign included a sweepstakes giving fans the chance to win tickets and a VIP meet & greet with Carly Pearce at a live concert.

The Song: “Every Little Thing”

When Carly Pearce wrote “Every Little Thing,” her chart-topping hit featured in this campaign, she had no idea that her biggest heartbreak would end up making such a strong connection with so many people. “Every Little Thing” went on to win the CMT Music Award for Breakthrough Video of the Year.

Get to Know Carly Pearce

Carly Pearce effortlessly blends the rootsy sounds of bluegrass into her earnestly emotional lyrics, creating music that reflects her personal life while still speaking to the experiences of her fans. Pearce has been open about her struggles in the country music industry, opening the door for important conversations about the difficulties that often accompany success.

Pearce’s long road to success included taking a job cleaning houses, a stint at Dollywood, and a record contract won and quickly lost. Still, she persevered, and has emerged as a seasoned performer with a gift for writing poignant lyrics. Her talents have earned her three ACM Award nominations this year, including a nomination for Female Artist of the Year.