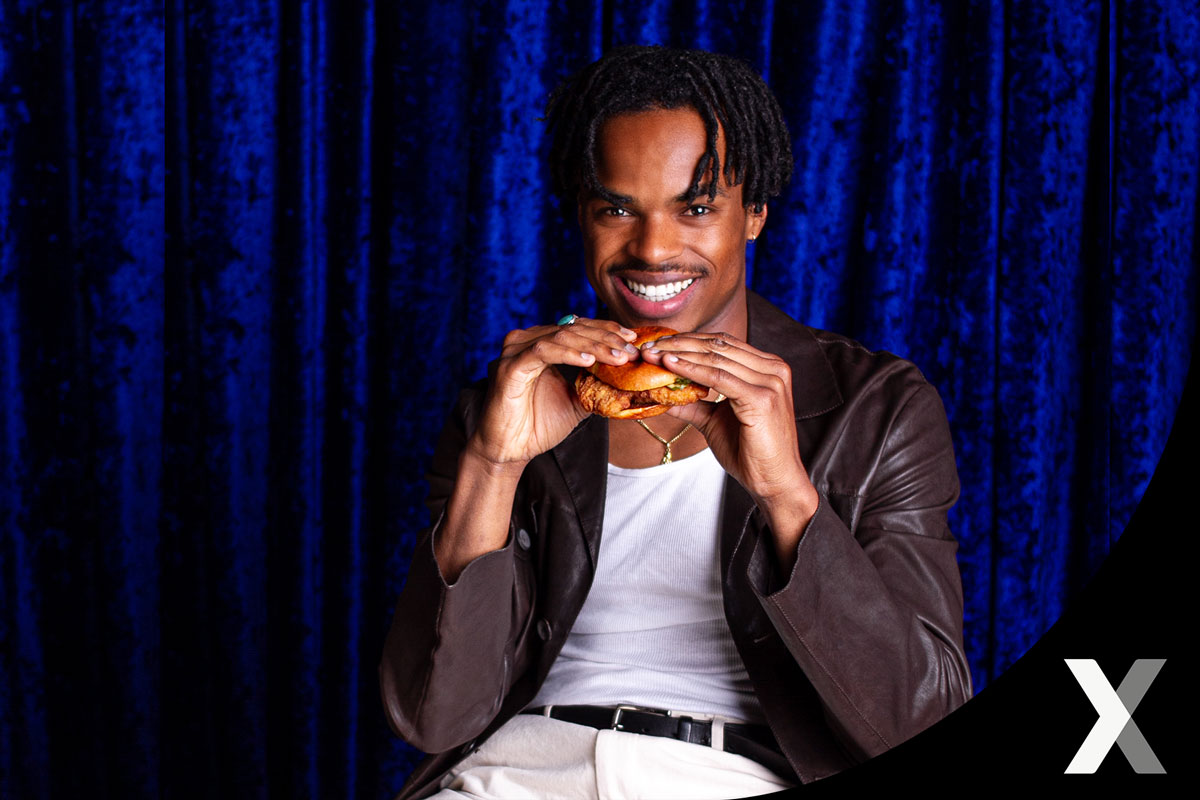 Cross-genre artist Elujay is partnering with McDonald’s to share how to earn rewards and get free food through the McDonald's app.

This campaign is an extension of McDonald’s long history of connecting with people through the music they love. In addition to building awareness for the McDonald’s rewards app (another tool in building direct relationships), McDonald’s is forming an emotional connection with diverse audiences by investing in artists who are representative of the communities McDonald’s serves.

This campaign features Oakland native Elujay and his critically acclaimed single “Tenfold” in a series of social posts shared on the artist’s channels. Keep an eye out for an homage to “Tenfold” that we snuck into a video in the form of a stack of Crispy Chicken Sandwiches!

Elujay is a multi-talented singer, songwriter, producer, and director from Oakland, CA. Crafting his sound from influences spanning alternative, R&B, jazz, and soul, the prolific 25-year-old artist is a living embodiment of what it means to seamlessly vacillate between multiple genres while still maintaining your foundational sound. He released his debut album, Jentrify, in 2016 and has since led three tours, been featured on several major TV placements, and was recently featured in Billboard Magazine.

Las Cafeteras is partnering with Your California Ford Dealers as part of the Música Ford program...

AARP is joined by Lalah Hathaway in celebrating Black Music Month and the connection between...

Cross-genre artist Elujay is partnering with McDonald’s to share how to earn rewards and get free food through the McDonald's app.