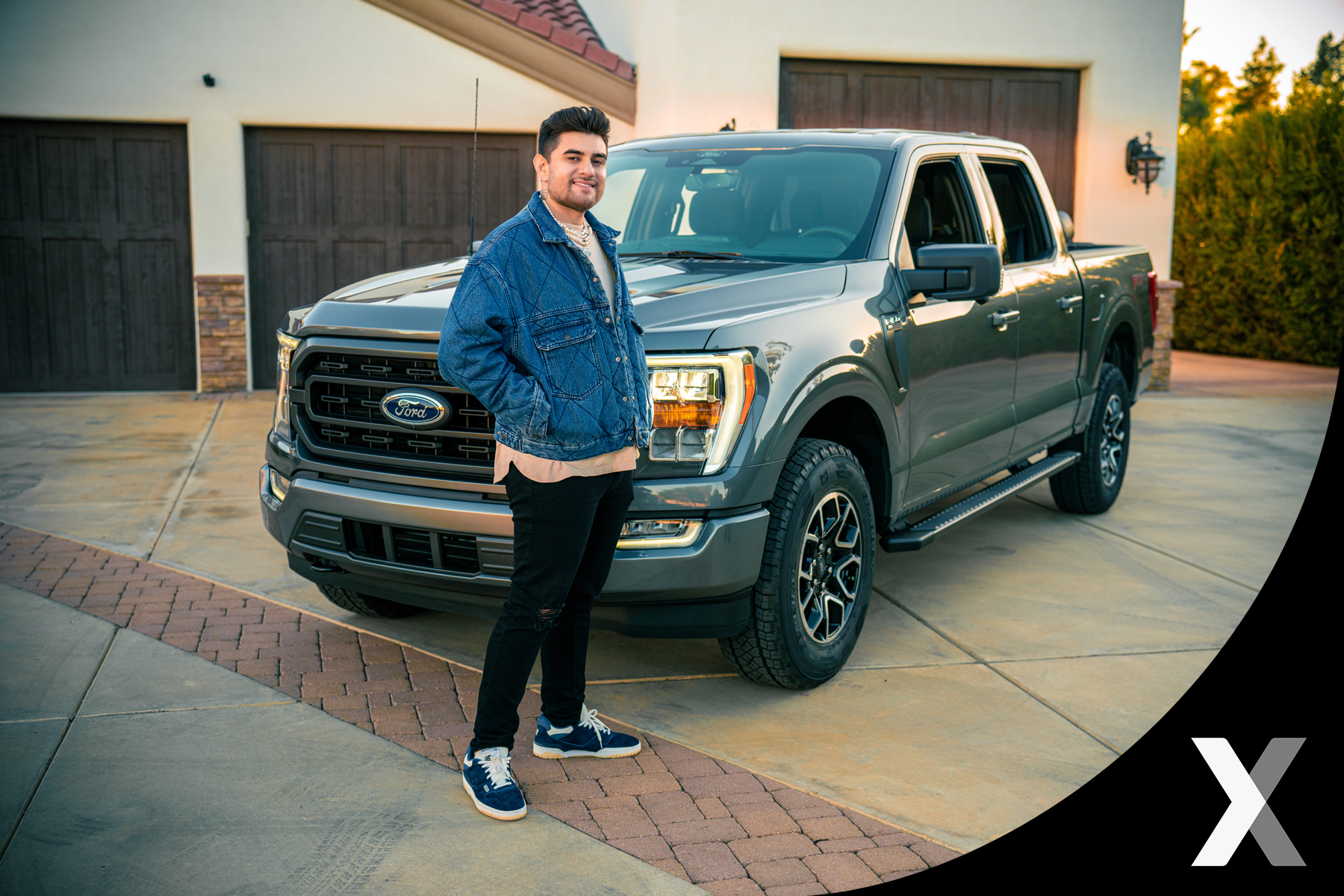 This Danny Félix ✕ Música Ford campaign is a continuation of a long-standing, successful relationship between MAX and Ford. Through Música Ford (and Ford Music), Ford partners with the best musicians from across the country, showing a bit of their lives and featuring the music that drives them to go further.

Música Ford’s program success starts with finding the right artist partner to meet each campaign’s specific needs. For this campaign, Your California Ford Dealers wanted to drive awareness and consideration with highly acculturated Hispanic drivers in Northern California with key demographic and psychographic attributes. Using our MAX Artist Matching Engine™, our team identified Danny Félix as the perfect artist partner to connect with the target audiences on both a personal & cultural level and to drive objectives.

Music and language both act as a connection to culture and an expression of identity. Like many acculturated Hispanic audiences, Danny Félix is bilingual and communicates in both English and Spanish, often fluidly transitioning between languages. Working with a culturally relevant, bilingual artist was important to Ford because it helps the brand connect with target audiences in a way that recognizes the diversity within Hispanic audiences and respects cultural nuance.

When identifying an ideal artist partner, our team also prioritizes artists whose personas are a good fit for brand personality and who genuinely love the brand partner–and Danny Félix was a fantastic match for the Música Ford program. In fact, when he found out that the partnership would feature the Ford F-150, he volunteered to bring his own personal F-150 to the video shoot!

The Danny Félix ✕ Música Ford partnership has all of the elements that make Música Ford a success: a culturally relevant artist partner who reaches the target audience and authentically loves Ford.

This program includes audio spots across streaming platforms featuring “amor love,” a brand new song by Danny Félix, released on the same day as his Música Ford campaign launch. Through this campaign, Ford shares Danny Félix’s music with an even larger audience and invites fans to click through to the Música Ford site where they can learn more about the partnership and the features on the Ford F-150.

Get to Know Danny Félix

Danny Félix is a Regional Mexican singer, songwriter, and producer from Phoenix, Arizona. He is well known for being one of the first pioneers in creating a new genre in Mexican music called trap corridos, which uses hip-hop elements and traditional corrido styles. Throughout his career, Felix has worked alongside artists like Tito Torbellino, Sofía Reyes, and Bad Bunny. He has amassed over 178 thousand monthly listeners on Spotify and has over 17 million views on YouTube.