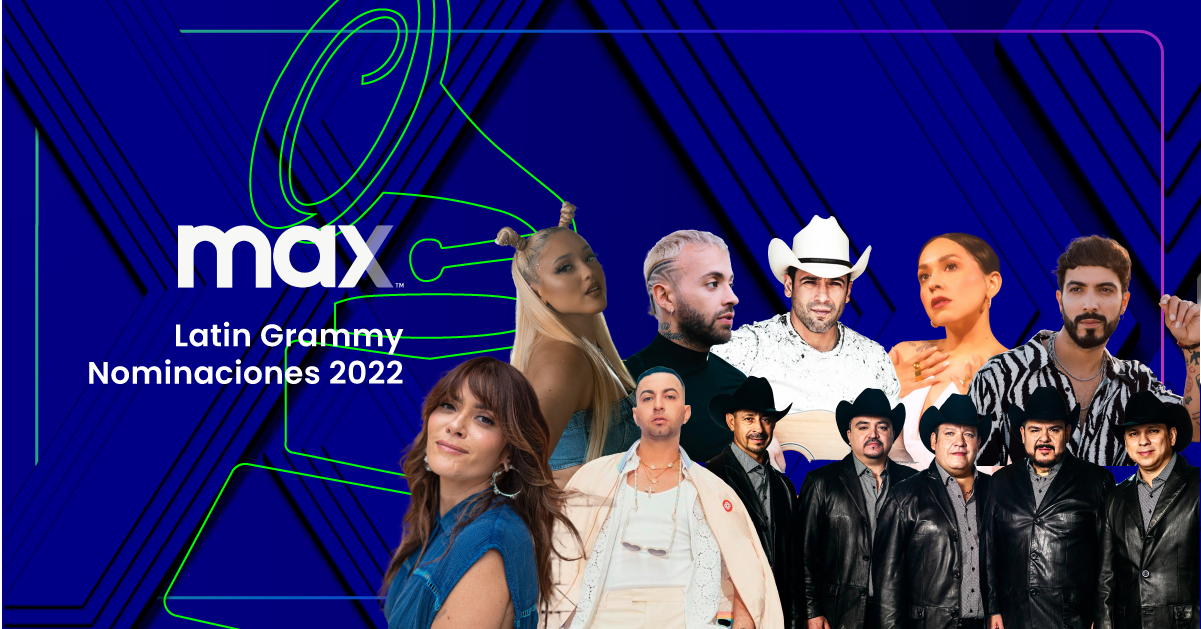 ¡Felicidades! We are so proud of all eight of our MAX artist partners nominated for a total of eleven Latin GRAMMY awards this year! Learn more about each of these incredible artists and their 2022 Latin GRAMMY nominations below. 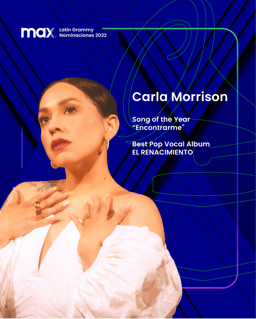 Carla Morrison is a 3-time Latin GRAMMY winning (and 2-time GRAMMY Nominated) bilingual singer/songwriter hailing from the small town of Tecate, Baja California, Mexico. Fiercely independent, Carla regularly sells out arenas in her homeland as well as in the United States.

Her lyrics are often deeply personal and emotionally revealing, allowing fans a window into her soul. Carla has been a trailblazer in the Latin Alternative genre becoming a musical and feminist ambassador. Her experiences as a woman navigating the music industry has led her to become an outspoken and influential ambassador for positive social change. 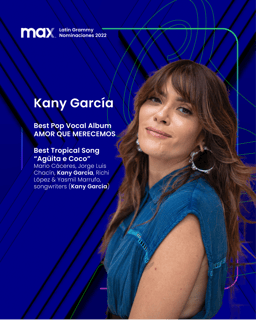 Award-winning Puerto Rican singer-songwriter Kany Garcia is a unique and unrivaled voice, telling the stories of 21st century women through her expressive performances and highly perceptive lyrics. Her love for music was influenced by her parents and siblings, which led her to the beginning of her musical career. She has been nominated for 3 GRAMMY Awards, 23 Latin GRAMMY Awards, and has won 6 Latin GRAMMYs.

Her debut album, Cualquier Día, reached number 10 on Billboard’s Latin Pop Albums chart and earned her two awards at the 2008 Latin GRAMMYs. She has since released 5 albums and multiple singles, many of them reaching a variety of charts such as the Top Latin Albums chart and the Latin Pop Songs chart. Her 2019 album Contra el Viento was named as one of Billboard’s Top 50 Best Albums of 2019, and her 2020 album Mesa Para Dos received a 2021 GRAMMY nomination for Best Latin Pop or Urban Album. 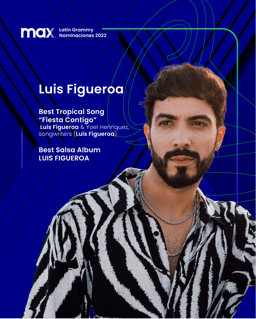 Luis Figueroa is a Puerto Rican singer-songwriter whose love of music started at an early age when he learned to play the guitar, drums, and piano. When word of his stunning voice got around his tight-knit community in Philadelphia, Luis was invited to sing on stage with artists such as Johnny Rivera, La India, and Domingo Quiñones.

After attending Berklee College of Music, Luis began to upload videos on YouTube, where he caught the attention of singer Marc Anthony who signed him to his record label Magnus Media. Luis has also sung back up for singer Romeo Santos on his international tours, and his single “Por Perro” with Sebastián Yatra has more than 284M streams on Spotify. 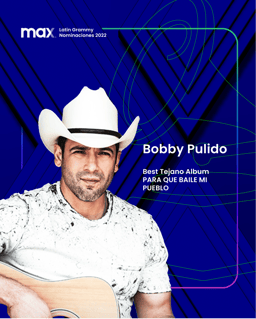 Bobby Pulido is a singer-songwriter and guitarist and is considered one of the most influential Tejano artists, credited with introducing Tejano music to a youthful audience. Bobby Pulido started his musical career in the early 90s and his debut album, Desvelado, peaked at #9 on the Billboard Top Latin Albums chart and #3 on the Regional Mexican Albums chart.

Throughout his career, Bobby has won many awards and after a break to continue his acting career, he returned to music in 2010 and has continued to tour since. 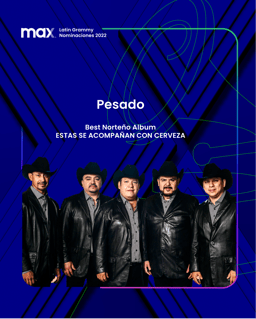 Originally known as Grupo Pesado, the norteño group was founded by frontman/accordionist Beto Zapata and Pepe Elizondo (bajo sexto, vocals) in 1993 in Nuevo Leon, Mexico. Some of their hits include "Ojala que te mueras," "Loco," and "Mi Promesa." Since releasing their debut album, Ayudame a Olvidar, in 1993, Pesado has released many more albums and continues to be a fan favorite for those who love Norteño music.

Justin Quiles is a latin urban artist who has collaborated with artists like Nicky Jam, Wisin, Farruko, and many more. Justin has had a successful career with many of his songs and albums landing on multiple Billboard charts such as the Hot Latin Songs, Latin Airplay, and Top Latin Albums charts.

His 2017 debut album, La Promesa, peaked at no. 1 on the Billboard Top Latin Rhythm chart and no. 2 on the Top Latin Album chart. 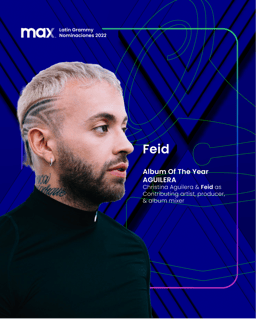 Feid is a Colombian singer/songwriter whose album 19 was nominated for a Latin GRAMMY for "Best Urban Music Album." As a producer, singer, piano, and guitar player, Feid has composed and recorded with some massive stars such as Reykon, Nicky Jam, J Balvin, Nacho, and Maluma. His single “La Inocente” has accumulated 65.5M streams on Spotify. Feid has over 2.1B views on YouTube and has around 23.3M Spotify Monthly Listeners. He continues to tour all around Latin countries and the United States. 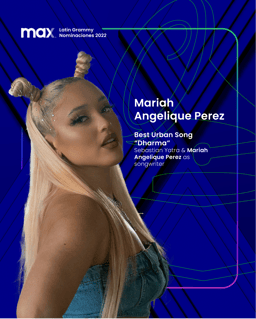 Mariah Angeliq is a critically acclaimed, multi-platinum superstar. She is one of the most influential female voices within the Latin urban genre and has been deemed “La Princesa de Miami.” In 2020, she received an RIAA 2x Multi-Platinum Certification for her hit single “Perreito.” Mariah has also collaborated with artists like Karol G, J Álvarez, and Marie Monti. This 23-year-old star is just getting started with over 9 million monthly listeners on Spotify and over 317 million views on YouTube.

Tune in to Univision on November 17, 2022 at 7 CT for the ceremony to watch all of the amazing performances and to see who will go home with a 2022 Latin GRAMMY Award!

Music Audience Exchange (MAX) was founded in 2014 with a mission to help champion incredible music and the artists who make it through strategic, data-driven partnerships with brands. MAX brings brands into the music promotional space in a way that puts engaging content into the world through a value-exchange model that drives the brand's objectives, and elevates breakthrough bands along the way. If you’d like to learn more about Music Audience Exchange and what a music promotion program would look like for your brand, send us a note.