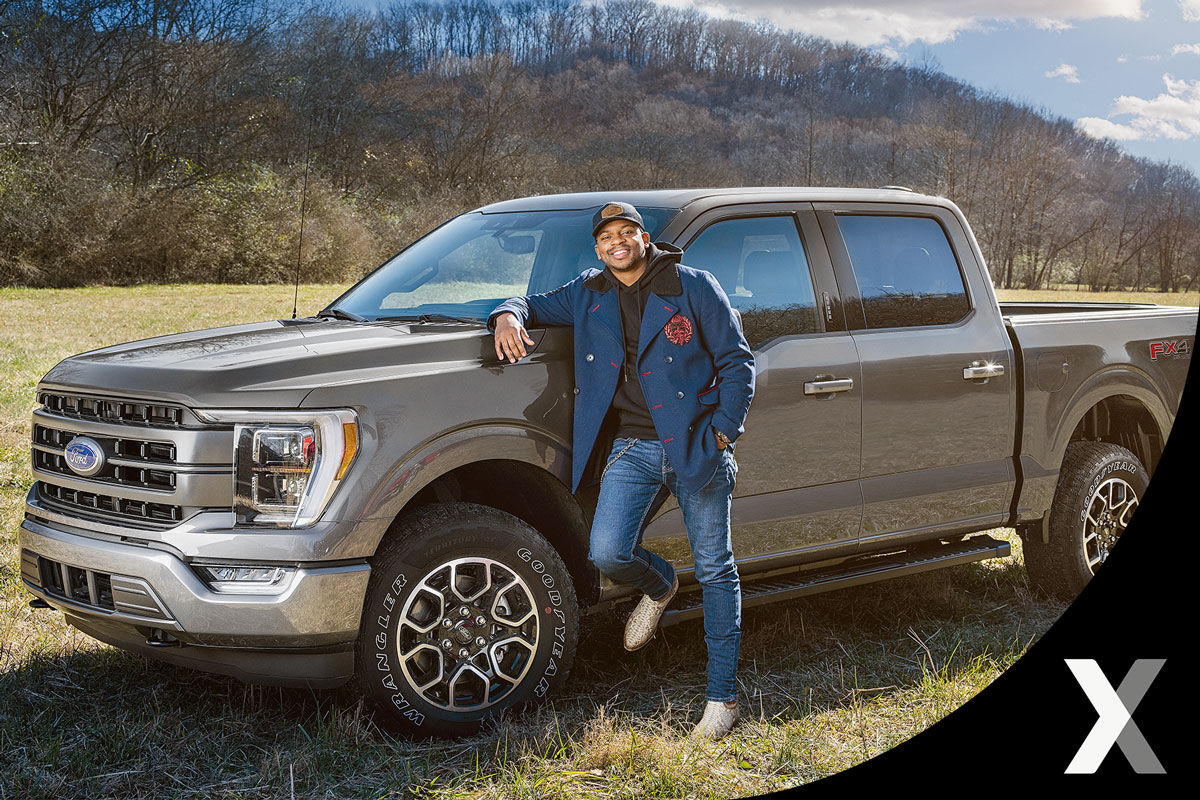 Through Ford Music (and Música Ford), Ford partners with the best emerging musicians from across the country, showing a bit of their lives and featuring the music that drives them to go further.

For the 2021 Ford Truck Month campaign, Ford decided to pull out all of the stops, creating a campaign around a three-concert series featuring some of country’s biggest artists: Jimmie Allen, RaeLynn, and Clint Black.

Ford first partnered with Jimmie Allen back in 2019 as part of their always-on Ford Music program. Allen’s hard work and perseverance in the face of adversity made him an ideal partner with Ford, and for the Ford Truck Month series, his recording of “Boy Gets a Truck” provided the perfect soundtrack for his biographical video.

Watch all three stars in the video below:

Get to Know Jimmie Allen

Jimmie Allen struggled his first several years in Nashville, but he has burst onto the scene since signing with Stoney Creek Records, defying genres and redefining what it means to be a country music star. His music blends country, pop, rock, and R&B, and has earned him critical acclaim and commercial success.

Jimmie Allen continues to be a rising star in the world of country music. His strong ties to his family and his hometown are woven throughout his music and his songwriting skills have drawn in myriad other artists, enabling Allen to collaborate with a cast of music legends.